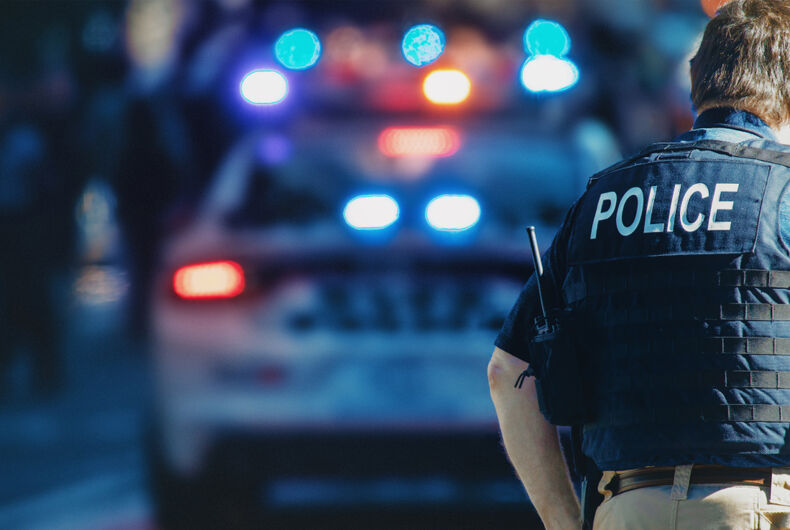 A special needs pre-school teacher has resigned from the Ballentine Elementary School of Fuquay-Varina, North Carolina after Republicans caused an uproar over her use of LGBTQ-inclusive flashcards. The cards included same-sex couples in non-explicit poses as well as an image of a pregnant man.

Worried about potential violence caused by Republican outrage over the cards, the school called police onto campus, and at least one parent is very angry about the target Republicans have placed on her child’s back.

The teacher, whose name has not been revealed by the media, resigned on Friday after North Carolina House Speaker Tim Moore (R) issued a press statement revealing that a constituent had notified state Rep. Erin Paré (R) about the cards.

Paré then contacted the school’s principal who investigated and confiscated the cards. The principal said she was unaware that the cards had been used in the classroom and added that they were “inappropriate” because they weren’t part of the state-approved curriculum.

Republicans quickly pounced on the story, especially as members of their parties have sought to ban LGBTQ content from classrooms nationwide. Moore himself wrote, “The members of the North Carolina General Assembly are currently reviewing legislation to address this very concern.”

U.S. Rep. Lauren Boebert (R-CO) wrote that the cards were evidence that “the Left is grooming our kids!” Grooming is a word increasingly used by right-wingers to claim that any acknowledgment of LGBTQ people in classrooms is an attempt to sexually prey on children.

The right-wing outcry made some parents worry that someone would come onto the school’s campus and try to harm students and teachers, even though no specific threats had been made against the school. So the district asked Fuquay-Varina police officers to be on campus Tuesday morning to protect against such an attack.

Jackie Milazzo, a local parent whose child is in the unnamed teacher’s preschool class, told The News & Observer that the cards hadn’t been used in a class lesson. The cards had only been temporarily displayed in the classroom’s art center and weren’t still on display when they were confiscated, Milazzo said.

Milazzo then praised the now-resigned educator as “an amazing teacher who has worked tirelessly in an unpredictable school year to provide a safe, loving, and inclusive classroom for our children to grow.” Milazzo also said that Republicans had used the issue to pander to “the loudest hate-filled voices in the community that don’t represent the Ballentine community.”

“They wanted to get people riled up at the expense of the safety of our children,” Milazzo said. “They’ve put a target on our children’s backs where our teachers are being called groomers and saying that our children are being brainwashed.”

The cards were part of the “Progress Pride Flag Rainbow Families” collection produced by ByUs Box, a company that seeks to create inclusive and socially progressive educational materials. Other flashcards in the set show a gay couple of color with a kid, a Black lesbian couple where one woman is pregnant, and two men where one is in a wheelchair. They also include an interracial couple with a child and a single parent with a pink ribbon tattoo.

The drawings are appropriate for all ages – the characters depicted are clothed and aren’t engaging in any sexual acts. Republicans seem opposed to the flashcards only because LGBTQ people are shown on them.