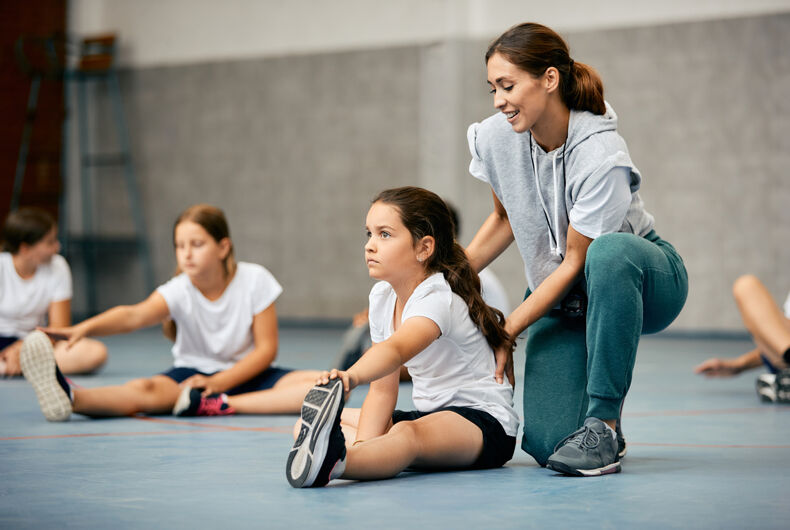 Late Wednesday night, Ohio Republicans passed a bill requiring certain high school and college athletes competing in women’s sports to have their genitals inspected to ensure that they are not transgender.

H.B. 61, known as the “Save Women’s Sports Act,” was intended to prevent transgender women and girls from participating in school athletics.

Related: Trans swimmer Lia Thomas finally speaks out against haters after being targeted in the media

Under the Ohio High School Athletics Association’s (OHSAA) current guidelines, transgender women and girls must have completed a minimum of one year of hormone treatment and/or demonstrate that they do not possess physical or physiological advantages over “genetic females of the same age group.”

The new law would prohibit trans women and girls from competing with cisgender women and girls. What’s more, anyone would be able to accuse an athlete of being transgender, thus forcing her to undergo evaluations of her external and internal genitalia, testosterone levels and genetic makeup.

“This is truly bizarre medically and nonsensical, but looking at it practically, this bill means that if anyone decides to question a child’s true gender, that child must undergo a sensitive exam,” argues Democratic state Rep. Dr. Beth Liston.

Supporters of the new rules argue that trans women and girls possess unfair biological advantages over cisgender women and girls. Both Equality Ohio and OHSAA confirm that in the seven years since the current rules have been place, there has never been more than on transgender girl participating in girls’ high school sports in any given year.

What’s more, the new rules could have unintended consequences for cisgender girls “accused” of being trans as well. In addition to the invasive genital examinations, Bruno points out that, “Women will sometimes have more testosterone completely naturally than folks would prefer a transgender athlete to have. So they actually are functioning at a lower threshold for what they are allowed to have hormonally to compete.”

Though the bill was not on the state House legislators’ schedule, its language was included in an unrelated bill, H.B. 151, which would revise Ohio’s Teacher Residency Program. House Democrats and even some Republicans had not seen the bill at the time of the vote, according to local ABC affiliate News 5 Cleveland.

“Having this third bill now slipped into an unrelated bill at the last moment is just such an additional slap in the face to our entire community,” said Equality Ohio’s legislative policy director Maria Bruno. “I know that there are a lot of folks in the LGBTQ community who are sitting there asking themselves, ‘What did I do to them? because they keep coming after me’ and I can’t blame them for having that perspective. But the answer is nothing, just existing.”