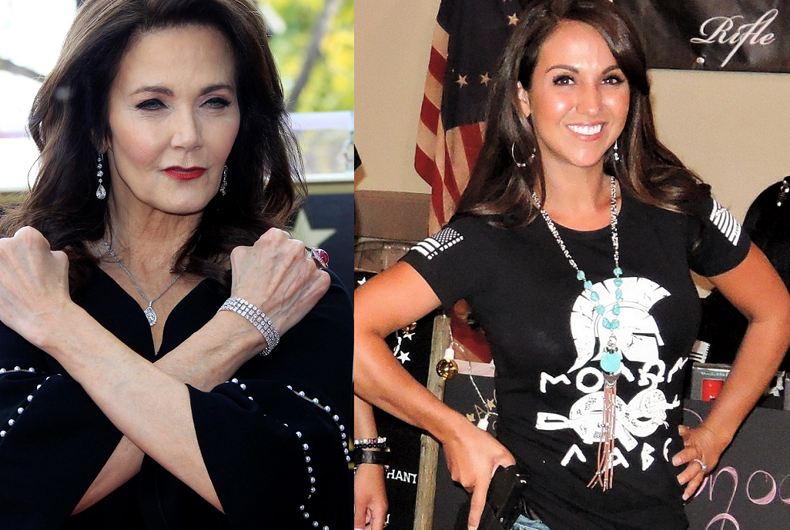 Earlier this week, Boebert tweeted: “Take your children to CHURCH, not drag bars.”

She was referring to a family-friendly drag show in Dallas that got a lot of attention because of the Christian conservative protestors who demonstrated in front of the bar and yelled at the patrons, the kids, and the drag queens. The show was pretty tame – the worst the protestors could say about it was that there were fully-clothed drag queens in tights doing the splits – but that didn’t stop it from getting blown out of proportion for the first part of the week.

Enter Carter, who appears to have actually been to a drag show and therefore knows that drag isn’t a form of stripping, which conservatives appeared to think that they were all week. She responded to Boebert last night.

“Have you ever been to drag brunch?” Carter wrote like someone who has been to more than a few. “They have bread and wine, loving community, and men in fabulous dresses. Sounds a little like church to me!”

Have you ever been to drag brunch? They have bread and wine, loving community, and men in fabulous dresses. Sounds a little like church to me! https://t.co/9y7fJxQITP

Drag queens, on average are more accepting of difference than churchgoers. Isn't acceptance of all a fundamental teaching of Jesus?

Don’t worry, OKC has you covered! Y’all come on down and see us, ya hear? 😘 pic.twitter.com/gekjmaD2Uq

I was just thinking about the loveliness of a childhood drag brunch: pic.twitter.com/DKq7zDbOky

(Don’t know who sent this first, but seems apt…) pic.twitter.com/eXjYZPI4z4

For those here who may not know, Jesus' first miracle was the wedding at Cana – a party. As a diverse social and romantic life was pretty common in the ancient world, many of those celebrating were certainly gay or trans.

Jesus would have totally been to a Drag Brunch.

Well except they are much friendly, more accepting and loving at a drag brunch than church. At least in my experience. I haven't ever been to drag brunch where they explicitly told me other people deserved to die and were going to hell because they were different than I am.

“Rights are for me but not for thee” is their motto.

Gay bars are on the decline nationwide according to new study