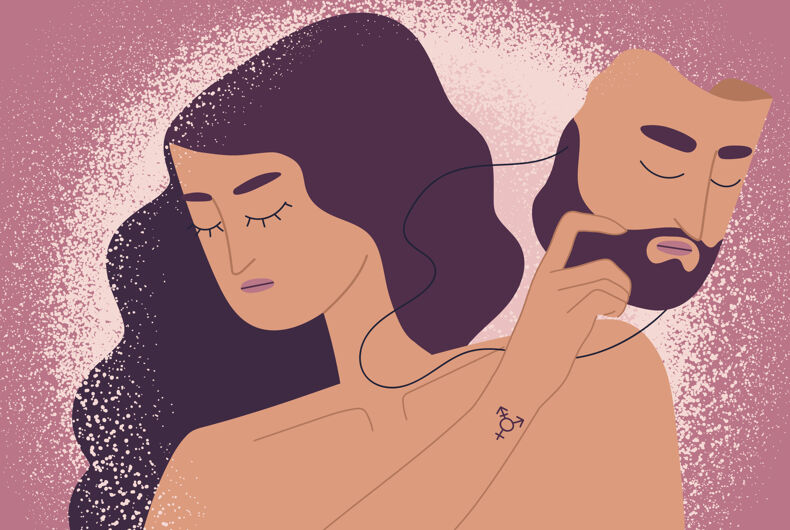 Most people identify as male or female, but others don’t feel they fit into a fixed gender category. For instance, you or someone you know might feel somewhere “in-between” a man or a woman or beyond the gender spectrum altogether.

If you feel like you don’t belong within a certain category, you might be non-binary. But how do you know for sure? Read on to learn more about non-binary as a gender identity.

Related: One in Four LGBTQ+ Young People Identify as Non-Binary

What Does Non-Binary Mean?

A non-binary person is someone who doesn’t identify as a man or woman. Instead, they might identify with one or two more gender identities, which may change over time.

Every non-binary person identifies with the term in a unique way. Non-binary people might also identify as genderfluid, androgynous, agender, bigender, or non-conforming.

How Can You Tell If You’re Non-Binary?

It can be challenging to define what non-binary means to you, especially because the term itself is so broad. For instance, the differences between non-binary, genderqueer, or genderfluid can be confusing because each term is defined similarly.

However, there are some questions you can ask yourself that can make your journey towards self-discovery much clearer.

If you answered “yes” to most or all of these questions, you could be non-binary. However, only you can say who you really are.

Misconceptions About Being Non-Binary

Because being non-binary means different things to different people, there are many misconceptions about this gender identity.

You Can’t Have Other Gender Identities

You can identify as non-binary and another gender. For instance, if you are non-binary and transgender, you might undergo gender-affirming surgery to feel more “at home” with your body but still identify with other genders. Not to mention, how you relate to your body and gender can change over time.

You Can Tell Someone In Non-Binary By Appearance

There is no such thing as “looking non-binary.” While many people believe you have to dress androgynously to be non-binary, you can wear whatever you feel expresses you best. After all, cis women don’t have to wear skirts the way cis men don’t have to wear pants. The bottom line is people’s presentations are not inherently gendered.

Non-Binary People Use Only They/Them Pronouns

Non-binary people can have a variety of pronouns, especially if their gender identity frequently changes. Some non-binary people are comfortable with any pronoun, while others use only one specific set. The best way to learn someone’s pronouns is to ask them.

Sexual orientation and gender identity are two different things. The former refers to what genders a person is attracted to, while the latter describes what gender you identify as. If you are non-binary, you can be attracted to many different genders.

Non-Binary People Are “Born Into The Wrong Body”

Non-Binary Is A Third Gender

Some people think you can either be male, female, or non-binary. However, it is not a third gender. In fact, it surpasses the binary entirely and can be a mix of genders. Some non-binary people might even consider themselves genderless.

How To Support Your Non-Binary Friends

Discovering that someone is non-binary doesn’t mean you have to change the way you treat them. However, self-discovery isn’t always easy – keeping these tips in mind can make others feel supported and heard.

The non-binary experience can be confusing, so educating yourself, unlearning assumptions, and having open discussions with others can make your journey more enriching and comfortable.

If you want to learn more about exploring your gender identity or how to treat others on the same journey, LGBTQ+ Nation has more in store for you.

Related: Parents Can Declare Their Newborns Non-Binary on Their Birth Certificates in Maine