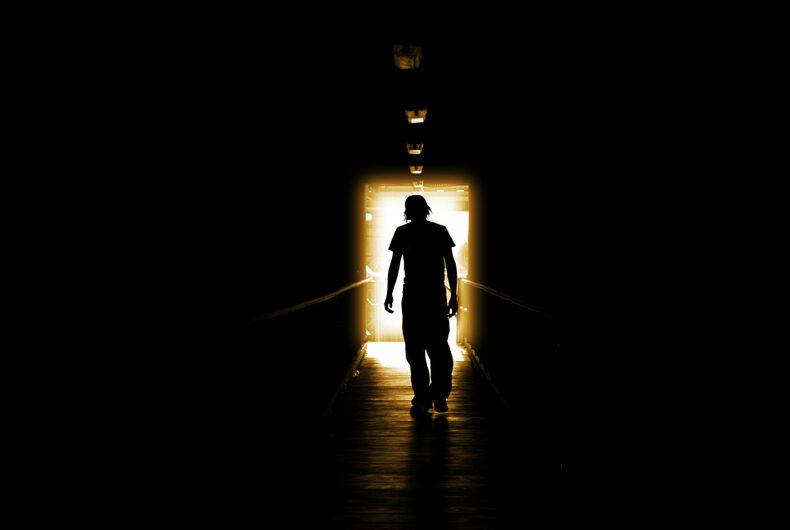 A 14-year-old South African boy died by suicide after what is being called “relentless” homophobic bullying. Mpho Falinthenjwa’s sister says he was subjected to constant bullying and name-calling both at school in South Johannesburg and in the street.

Falinthenjwa’s parents rushed him to the hospital on the evening of June 2 after finding him unconscious. He died later that night.

Related: Lawmaker tries to stop an anti-LGBTQ law in an emotional speech about gay nephew’s suicide

Though he had not come out to his family, Falinthenjwa’s described himself as “certified gay” in his Facebook profile.

Days before he died, Falinthenjwa posted on social media about the pain he was experiencing but expressed hope that it would get better. “Def At My Lowest R.n But I’ll Surely Bounce Back,” he wrote on Facebook.

Falinthenjwa’s sister, Thando Kutumela, described an incident in which the teenager’s classmates taunted him with a derogatory Zulu word for gay: isitabane.

“I think it’s wrong to not accept other people because we don’t choose how we are born,” Kutumela told PinkNews. “We are all God’s creation and we should be accepted for who we are.”

Though South Africa has no law against homosexuality and marriage equality is recognized there, homophobic attitudes persist, driven in large part by church leaders, according to a 2017 paper published by the Other Foundation.

“Homophobic church leaders preach that God commands Christians to rebuke and exclude sexual minorities. Through the powerful influence they have on their congregations, they contribute strongly to the discrimination, hatred and violence faced by LGBTI people in the region,” religion and human sexuality researcher Masiiwa Ragies Gunda wrote in a 2017 essay for HuffPost. “Their hostility towards LGBTI people not only holds back long-overdue legal and policy reforms in southern African countries but also drives stigma, bullying and violence in the larger society.”

A 2016 survey found that 55% of South African respondents feared discrimination due to their sexual orientation or gender identity. 39% said they’d been the target of verbal insults and 20% had been threatened with physical violence.

Editor’s note: This article mentions suicide. If you need to talk to someone now, call the Trans Lifeline at 1-877-565-8860. It’s staffed by trans people, for trans people. The Trevor Project provides a safe, judgement-free place to talk for LGBTQ youth at 1-866-488-7386. You can also call the National Suicide Prevention Lifeline at 1-800-273-8255.
News
gay teen suicide, Homophobia, Mpho Falinthenjwa, South Africa, Thando Kutumela