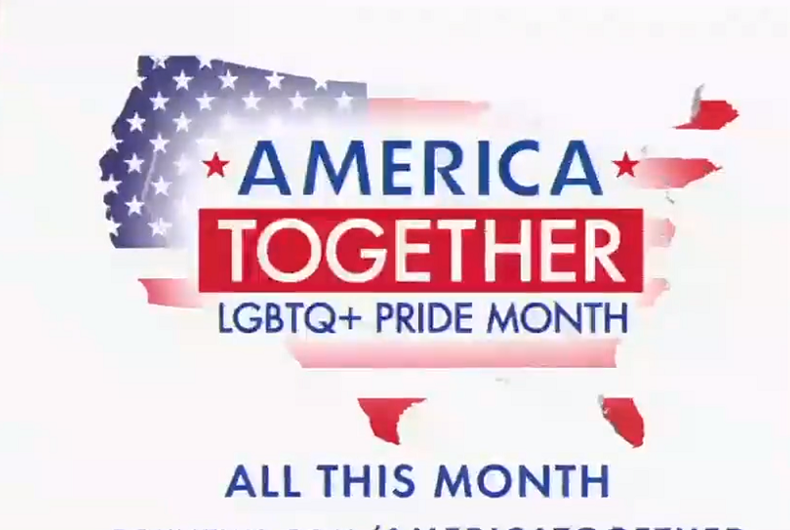 Fox News has been caught celebrating Pride Month and promoting their coverage of it as they spend the month attacking LGBTQ with the rest of their coverage.

“Celebrate Pride Month with Fox News,” a voiceover says. “Meet important voices of the LGBTQ+ community and go inside their incredible contributions.”

The Progress Pride flag with the additional intersex symbol is shown on the screen.

The video then shows Fox News’s actual coverage of LGBTQ people, where pundits and reporters on the channel misgendered out transgender swimmer Lia Thomas, attacked Assistant Secretary for Health Admiral Rachel Levine, and accused LGBTQ people of “grooming” children, a word that describes what child sex abusers do.

Media Matters said they found eight instances of transgender people being attacked on the channel on just the first day of Pride Month. Most of the instances are about Thomas. The network has run hundreds of segments about LGBTQ people this year, with most of the coverage being negative.

Pride In Pictures: Working it at pride