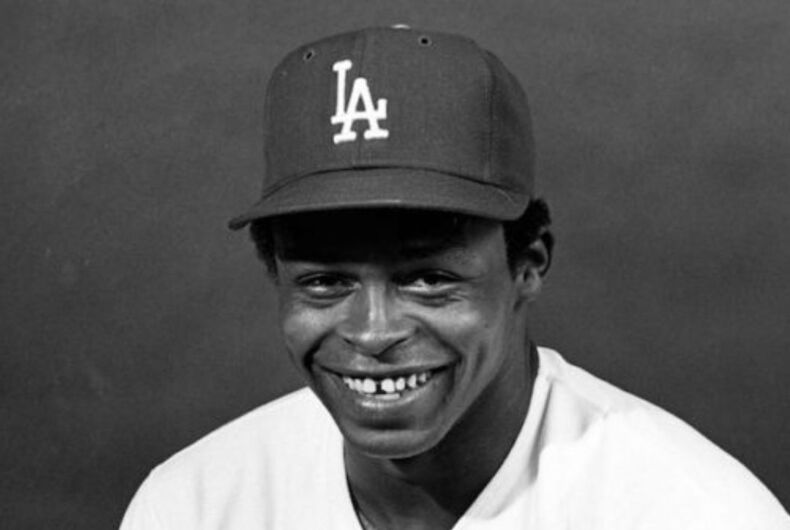 The Los Angeles Dodgers — a pro-baseball team that once mistreated Glenn Burke, the first out gay player in Major League Baseball (MLB) — is now honoring Burke’s legacy and his family at its 9th annual Pride Night event on Friday.

Over 40 of Burke’s family and friends are expected to attend the event. During the event, the Dodgers will take a moment to officially honor Burke. Its players will also wear custom rainbow caps, a first for the franchise, The New York Times reported.

“Glenn probably would have said, ‘Dang, about time!’” Lutha Burke Davis, Burke’s eldest sister, said. “He’d be grinning from ear to ear. He would be thrilled that he was thought about that much, really.”

In 1978, the Dodgers baseball team traded Burke to the Oakland Athletics because the Dodgers’ general manager, Al Campanis, disapproved of his homosexuality. Campanis purportedly tried to hide Burke’s sexuality from the public by offering him $75,000 to get married. Burke incredulously replied, “To a woman?!??”

“He told them, no,” Burke’s sister, Joyce, said of the incident. “He wasn’t going to live that type of lie.”

It was particularly insulting to Burke seeing as he had a solid rookie season and helped the team advance to the 1977 World Series. During his time with the Dodgers, Burke was also credited with inventing the high-five as a congratulatory gesture with teammates.

Burke’s stint with the Oakland A’s didn’t go much better. When the team’s manager Claudell Washington introduced him to the team, he said, “Oh, by the way, this is Glenn Burke. And he’s a fa***t.” Some teammates avoided showering with Burke, and he was released from his contract and sent to a minor league team in Ogden, Utah before Burke left the game entirely.

He moved to San Francisco and played sports on gay teams, but he later fought addiction and died of complications related to HIV in 1995.

“Being made partially whole, a part of the Dodgers’ fabric, I’m excited and ecstatic that my uncle will be acknowledged as a part of the team, with his contributions and his character not being in question anymore,” Alice Rose, Burke’s niece, said of the Pride event honoring him.

While MLB currently has no out gay players, the league has made gradual steps toward inclusion. In 2014, MLB appointed former outfielder Billy Bean, who came out as gay after his playing career, to serve as a consultant in guiding the sport toward greater inclusion and equality. This Pride Month, 28 MLB teams are hosting Pride nights.

Pride In Pictures: Our anniversary spot is where pride is held