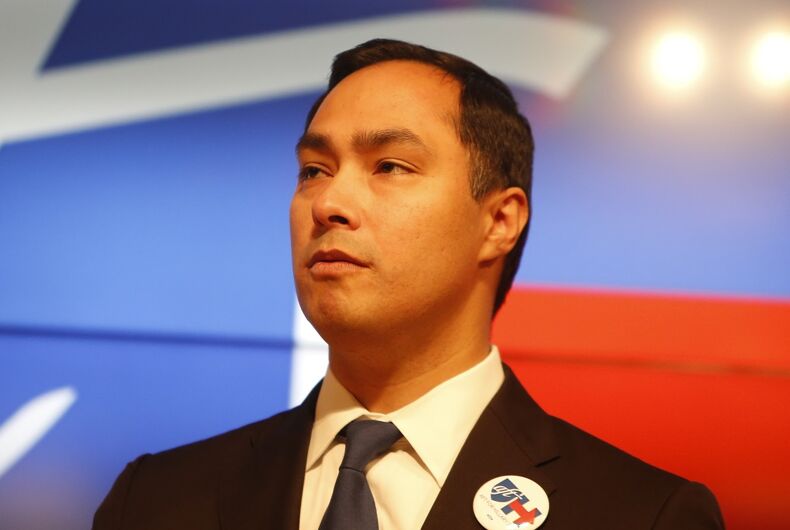 Three Democratic lawmakers have introduced a bill that would formally apologize for the U.S. government’s firing of thousands of gay federal employees during the 1950s-era “Lavender Scare.” During that period, gay and lesbian employees were accused of working with the Soviet Russian Communist Party to compromise the country’s national security.

The Lavender Offense Victim Exoneration (LOVE) Act — introduced by U.S. Reps. Joaquín Castro (D-TX), David Cicilline (D-RI), and Dina Titus (D-NV) — would have Congress issue a formal apology for its role in the witch hunt and mandate investigations into the State Department employees who were fired during its heyday.

The legislation would also create a State Department Advancement Board to help LGBTQ diplomats and their spouses with intra-departmental matters and interactions with foreign countries, The Los Angeles Blade reported.

“The so-called ‘Lavender Scare’ handed power to blackmailers and homophobes, stripped thousands of hard-working Americans of their jobs, and weakened our national security,” Castro said in a statement. “As we celebrate Pride Month, I’m proud to introduce the LOVE Act, which is an important step forward to address the harms of the ‘Lavender Scare’ and protect today’s State Department employees from discrimination.”

Similar legislation was introduced in 2019 and 2020. This newest iteration is unlikely to find the 10 necessary Republican Senate votes required by the chamber’s filibuster rules, especially since mainstream Republicans have increasingly accused LGBTQ people and their allies of supporting pedophilia and child rape.

The Lavender Scare began in 1947 and continued throughout the 1950s under the belief that homosexual Communist sympathizers had infiltrated top security positions in the U.S. government. Congress and State Department heads authorized the investigations and firings of “sexual perverts” from the government. No evidence ever proved that gay government employees had worked as Russian spies.

While numerous suspected employees resigned before they could be outed and dismissed, an estimated 5,000 government employees lost their jobs under suspicion of homosexuality.

Gay people have continued to be vilified as threats to American society threats and to national security since then.

During the HIV epidemic of the 1980s and ’90s, Republican-led conservative Christians of the so-called “Moral Majority” accused gay people of trying to undermine God and “traditional families.”

Even before “Don’t Ask Don’t Tell” was introduced in 1994, gay and transgender military members were dishonorably discharged from the U.S. military under the belief that their queerness would make them exploitable by foreign governments.