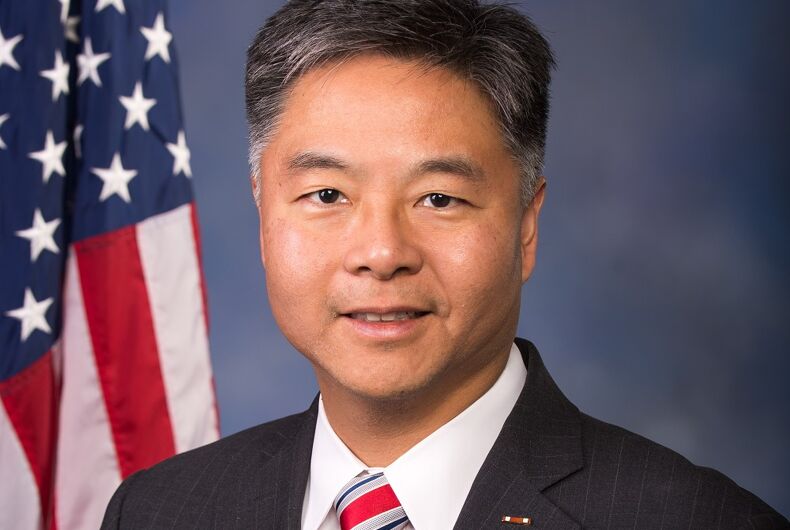 Rep. Ted Lieu (D-CA) schooled Republicans who have been spending the last two years targeting the rights of LGBTQ youth to be restricted.

Speaking on the floor of the U.S. House, Lieu read several headlines about the dozens of laws that Republican state lawmakers have been trying to pass in a wave of hate against LGBTQ youth, including bills requiring teachers to out LGBTQ students to their parents, bills banning discussions of LGBTQ topics or requiring long periods of notice to parents before LGBTQ people can be mentioned, and bills to restrict trans youth’s restroom usage, health care access, and school sports participation.

Related: Caitlyn Jenner gets trashed on Fox News because even conservatives oppose her campaign

“I just thought I would recite for you what Jesus Christ said about homosexuality,” Lieu said in his speech.

And then he was silent.

Lieu: I just thought I would recite for you what Jesus Christ said about homosexuality:
…
…
…
I yield back pic.twitter.com/KTMbtXMtnC

In 2012, Lieu – then a state senator in California – authored a bill to ban LGBTQ conversion therapy for minors. The law passed both chambers of the state legislature and was signed into law by then-Gov. Jerry Brown (D).

In Congress in 2015, Lieu introduced a bill to ban conversion therapy nationally. It has not become a law yet.

Trans teen needed help from a hospital after a suicide attempt. Instead they reported his parents.