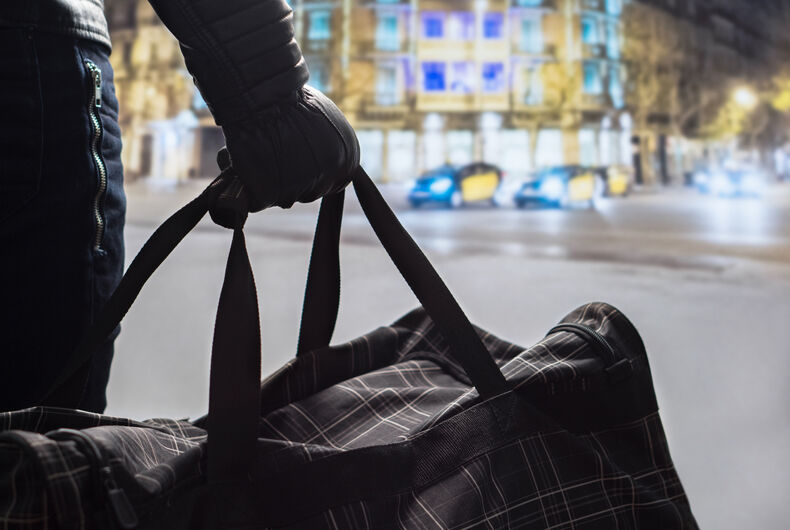 The city of Kiel, Wisconsin canceled its Memorial Day parade and ended in-person learning at Kiel Middle School for the rest of the academic year after someone called in bomb threats in opposition to the school district’s investigation into the alleged harassment of a transgender student.

The threats all referenced the school’s ongoing investigation into three eighth-grade boys who allegedly refused to use the student’s chosen pronouns, according to WBAY. The male students’ alleged refusal may have constituted sex discrimination, which schools are required to investigate, under Title IX.

Related: Parents pull their trans son out of school & sue because the staff used he/him pronouns

The families of the boys being investigated had a lawsuit filed on their behalf by the conservative legal advocacy group Wisconsin Institute for Law and Liberty (WILL). In a statement, WILL’s deputy counsel Luke Berg said that his group “unequivocally” condemned “whoever has sent threats,” adding, “We do not know who made these threats, but they certainly do not speak for us or what we believe in.”

WILL, however, said it plans to continue with its lawsuit against the school district. In the past, WILL has filed lawsuits opposing COVID-19 mask mandates and also investigated former President Donald Trump’s baseless claims of widespread voter fraud in the 2020 elections. WILL found no evidence for Trump’s claims within the state.

On Monday, roughly 100 people defied the cancellation of the city’s Memorial Day parade by meeting at the city’s Busty Lush pub and marching to Veteran’s Memorial Park, largely following the canceled parade’s route. The marchers then shared a moment of silence for fallen soldiers.

“When it comes to Memorial Day, our vets, and our military, they throw themselves into the line of fire every single day,” Jeanette Deschene, a march organizer told WBAY. “This is the least that we can do. To stand up and say we’re not going to be bullied. This is a day to honor them.”

LGBTQ history is repeating itself. That’s not necessarily a bad thing

After months of being low key, Brittney Griner’s supporters are upping public pressure