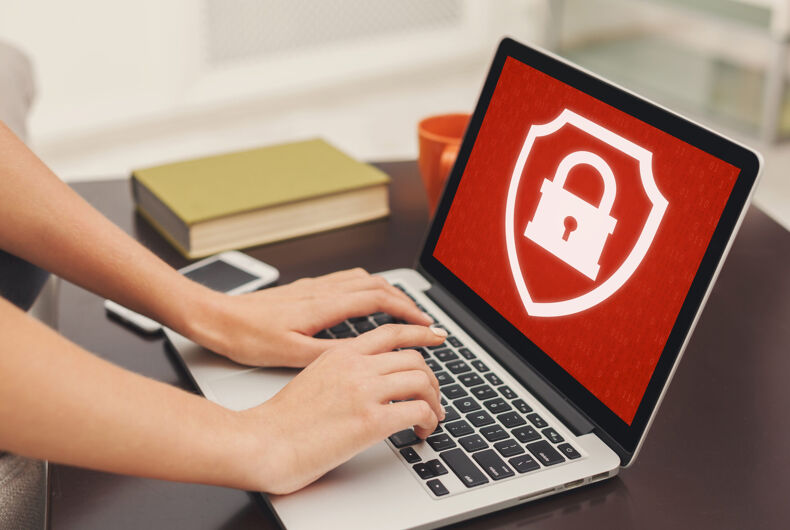 Cameron Samuels, a senior in the Katy Independent School District (KISD) of southeast Texas, says the district does little to address anti-LGBTQ bullying and slurs. The district also has an internet filter that blocks content related to “Human Sexuality” from school computers.

KISD said the filter was implemented to comply with the Children’s Internet Protection Act, a federal law meant to protect children from online predators. But the filter specifically blocks access to LGBTQ resources, including The Trevor Project, an organization dedicated to preventing suicide among LGBTQ youth.

District officials told Samuels that KISD blocked the Trevor Project because of the “chat capabilities” on the organization’s website. However, the district’s web filter still allows students to access social media platforms, including Twitter and Facebook. Both websites have chat capabilities that have been used by online sex traffickers to exploit children.

“The assumption that people communicating on the Trevor Project are predatory is bigoted and homophobic,” Samuels wrote for The Los Angeles Blade.

School officials also told him that students can still access non-LGBTQ suicide prevention resources. However, Samuels doesn’t understand why the district wouldn’t want its students to have complete access to any resources that might help save lives.

Students struggling with their LGBTQ identities may rely on private, free computer access provided by schools to safely search for queer-affirming resources away from their families, Samuels added. By denying students access, the district prevents students from supporting their emotional and mental well-being, they said.

“School officials have said sites with LGBTQ+ content are not part of the educational curriculum or common classroom activities,” Samuels continued. “Yet they won’t explain how People magazine, ESPN, Gun Show Trader, or Breitbart meet this same standard.”

For almost a year now, Samuels and their classmates have asked district and school board officials to un-block the resources. The officials have promised to do so, but have yet to follow through on their promises.

So the students have launched a petition calling for the unblocking of LGBTQ sites and the inclusion of sexual orientation and gender identities in KISD’s publicly available non-discrimination statements. The school districts of Austin, Dallas, Fort Worth, Houston and San Antonio have all included them in their statements.