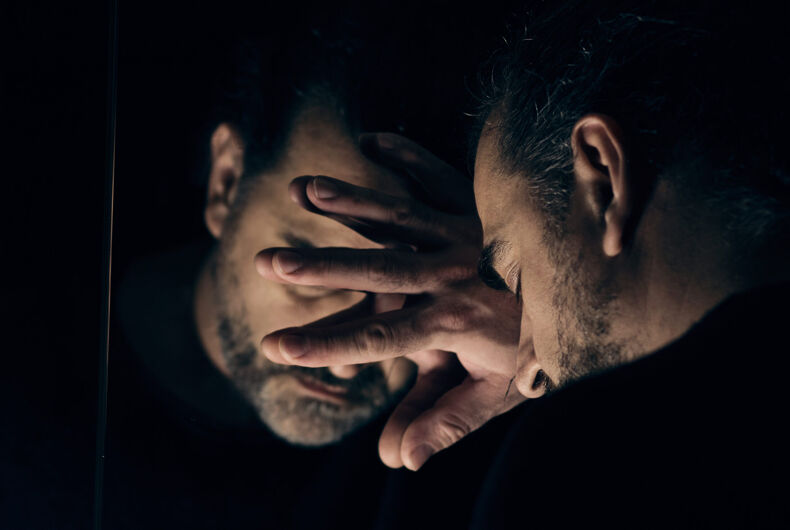 LGBTQ survivors of sexual abuse are often blamed for causing their own abuse or are subsequently accused of wanting to molest kids, a new report has found.

The IICSA report found that when queer people reported being sexually abused as kids, they received “poor responses” based on “stereotypical attitudes about sexual orientation.”

Some victims and survivors were told that their gender identity or sexual orientation either caused the abuse or resulted from it. If a queer person is targeted by a predator while exploring LGBTQ identities in an online forum — something queer youth do in response to the lack of LGBTQ resources in communities and schools — victim-blamers will say that the queer person “brought it on themselves” for being curious about their identities.

“If we are LGBTQ because a man abused us [then] ‘we are blaming all men’ or if we got abused by a woman we ‘are confused’,” one female survivor of sexual abuse told the IICSA.

“I’ve been asked whether I’m non-binary specifically because I experienced child sexual abuse, and whether I’m turning my discomfort with my body from the sexual abuse into a gender issue that isn’t really there,” another non-binary person told the inquiry.

Even worse, there’s a myth that abused people go on to abuse other kids, something that keeps gay and straight men from reporting their own abuse for fear of being considered a pedophile.

Sex abuse can force LGBTQ survivors to have to reckon with their gender identities and sexual orientations before they’re ready. This, combined with internalized queerphobia and the societal stigma remaining from the HIV epidemic, all make life much harder for survivors.

Some people won’t disclose their experiences with traditional support networks like family, friends, religious peers or work colleagues for fear that they’ll be rejected or shamed for their queer identities. The media also perpetuates narratives about “gay pedophiles”, cis-male perpetrators and cis-female victims being the norm.

Additionally, few mental health professionals are specifically trained to work with LGBTQ survivors, raising the risk that survivors will face additional stigma and shame even if they do seek out counseling services.

The report noted that queer people in the U.K. still live under the shadow of Section 28, a now-repealed law that banned “promoting the teaching of the acceptability of homosexuality as a pretended family relationship.” One of the key arguments used to pass the law was that queer people sexually prey on children.

The U.S. is undergoing a similar cultural shift, in which anyone who wishes to acknowledge the existence of queer people in classrooms is labeled as a “groomer.” Actual “grooming” occurs when sexual predators use manipulative behaviors to gain access to potential victims, coerce them to agree to the abuse, and reduce the risk of getting caught, according to the Rape, Abuse & Incest National Network.

Abuse survivors in the U.S. have complained that the right-wing labeling of LGBTQ people and allies as “groomers” is doing nothing to help actual survivors of childhood sexual abuse. But then again, the right-wing’s “grooming” attacks aren’t meant to protect children from predatory teachers — something that rarely happens. They’re meant to demonize queer people.