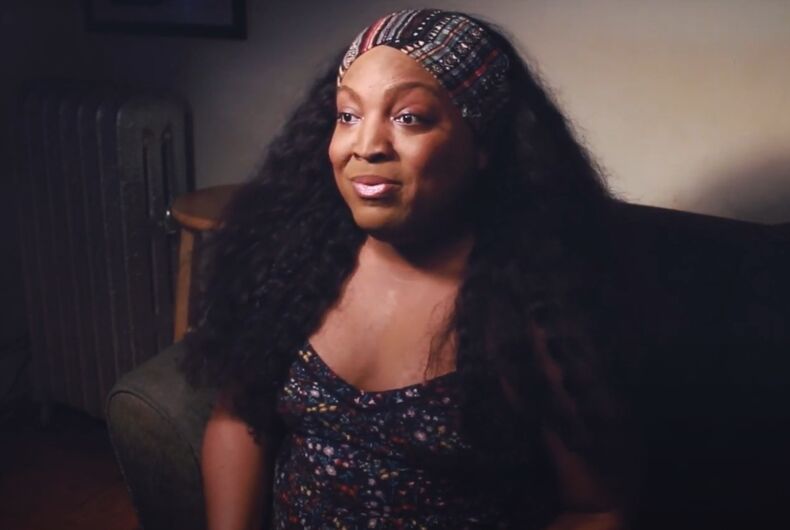 L Morgan Lee has become the first-ever out transgender actress to receive a Tony Award nomination. The theatre awards, which announced their nominations on Monday morning, nominated Lee for Best Featured Actress for her role as Thought 1 in the meta-fictional musical A Strange Loop.

In the Pulitzer Prize-winning musical, Lee plays one of six thoughts that surrounds Usher, an aspiring but conflicted Black queer playwright who recounts his familial and sexual experiences while working as an usher for a theatre performing The Lion King musical. Lee’s appearance in A Strange Loop marked the actress’s Broadway debut.

“My mind isn’t processing that this is real,” Lee said about her nomination, according to Playbill. “I can’t stop crying. To specifically be a trans actress in the company of these incredible women that I respect and have enjoyed for many years… This nomination is SO much bigger than me.”

“I hope someone will see this moment and feel like they can go on,” Lee continued. “No matter what the world, or school, or people tell them they are ‘supposed’ to be, how they are ‘supposed’ to sound, that they will keep striving to love and embrace the fullest version of who they are. That they can safely find breath in choosing truth. That they will keep studying and working and dreaming the biggest dreams.”

It’s important to note that other out trans women have appeared in various Broadway shows in the recent past. In 2018, RuPaul’s Drag Race alumna Peppermint appeared in the jukebox musical Head Over Heels. That same year, self-described gender outlaw Kate Bornstein and interdisciplinary artist Ty Defoe both appeared in the play Straight White Men.