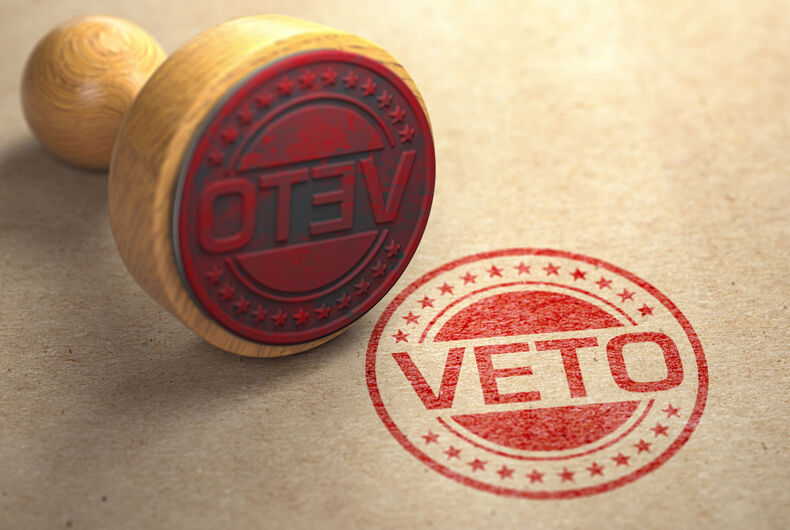 New Hampshire Gov. Chris Sununu (R) has announced that he would veto legislation that would require schools to out LGBTQ students to their parents.

The bill would require schools to notify parents if the student joins an LGBTQ club or comes out to a teacher.

Supporters claim that the bill would give parents more control over their children’s education.

“They don’t know my child like I do,” state Sen. Bill Gannon (R) claimed. “I’m the one responsible for them. The child doesn’t have the capacity on his own to give up whether or not he’s going to get certain medical treatment. I want to know what’s going on in my kid’s life.”

No schools in the state – or country – are forcing children to “get certain medical treatment” to be part of the LGBTQ community. The right has been using the ridiculous talking point that schools are trying to turn students transgender as part of the coordinated attack by Republicans against LGBTQ people.

“This bill is antithetical to all the work we have done in the state to ensure that individuals in the LGBT community can live a life free from discrimination,” state Sen. Becky Whitley (D) shot back.

The state’s attorney general has warned that the proposed legislation would run counter to the state’s nondiscrimination law.

“This bill as written creates numerous challenges for kids,” Sununu said in a statement announcing his intentions. “I share the concerns of the attorney general and, as such, will veto the bill if it reaches my desk.”

Oklahoma Gov. Kevin Stitt (R), however, is likely to jump at the chance to sign legislation recently passed by Republican legislators that would require transgender students to either use the restroom associated with the sex on their birth certificates or use “a single-occupancy restroom or changing room.”

Republican promises to vote to ban contraception if given the chance