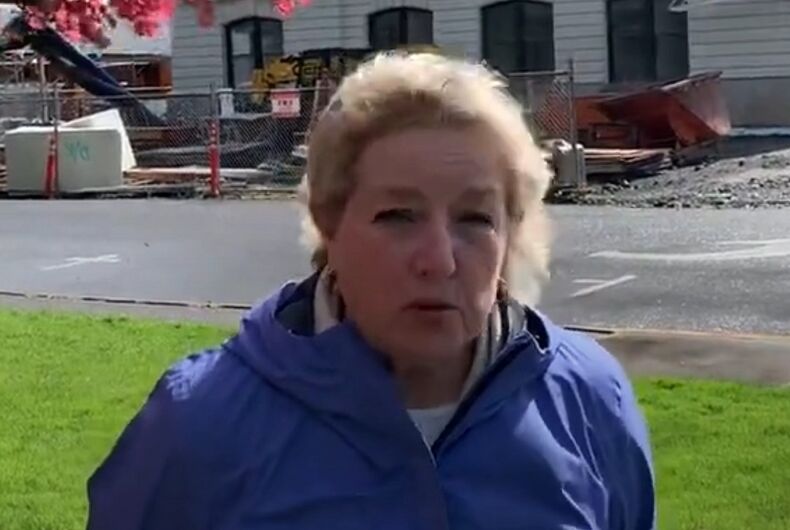 A new Oregon house law, the Menstrual Dignity Act (H.B. 3294), has garnered the negative attention of a slew of right-wing politicians and pundits. The Act is trans-inclusive and indicates that menstrual hygiene products should be placed in all school restrooms.

The bill states, “Student bathroom’ means a bathroom that is accessible by students, including a gender-neutral bathroom, a bathroom designated for females and a bathroom designated for males” and goes on to indicate that at least two bathrooms in every public school building should have both pads and tampons available free of charge during the 2021-2022 school year. Beginning in the 2022-2023 school year, all bathrooms should have at least one dispenser.

The Oregon government also created a toolkit that indicates that the bill was a response to “an unmet need identified by students, school leaders, and medical and public health professionals over many years.”

There are four pillars of menstrual dignity, according to the toolkit: privacy, inclusivity, access and education. Inclusivity includes being gender-affirming, while access includes making sure the products are accessible to all students, including disabled students or students who speak languages other than English.

The toolkit states in regards to inclusivity, “This means that transgender, intersex, non-binary, and two spirit students need to be affirmed in their access to products.”

Barton, whom Portland Monthly described as a “long-shot candidate,” said that the period products will be “very confusing for children” and lead to depression.

“When they hit puberty, they have even more confusion about their bodies and have real difficulty understanding what’s going on in their world, a lot of them go into depression, they act out, and we’re seeing more and more evidence that is causing kids to become confused, depressed, and to have to act out and have very serious problems going forward,” she said.

“Radical leftist woke policies are destroying Oregon from our streets to our businesses to our schools,” she said. “I’m respectful of all, but it’s fair to let little boys be little boys, and little girls be little girls.”

Proponents of the bill say that including menstrual products in bathrooms is equivalent to including toilet paper — a no-brainer. At least one in five teens face period poverty, according to a report. When Portland-based nonprofit PERIOD conducted a “state of the period” study, they found that 23% of Hispanic students polled have had to choose between buying period products and food or clothing.

The Menstrual Dignity Act, signed by out Gov. Kate Brown (D), would seek to bridge that gap.

Broadway legend Patti LuPone shouts at anti-maskers in her theater: “Get the f**k out!”