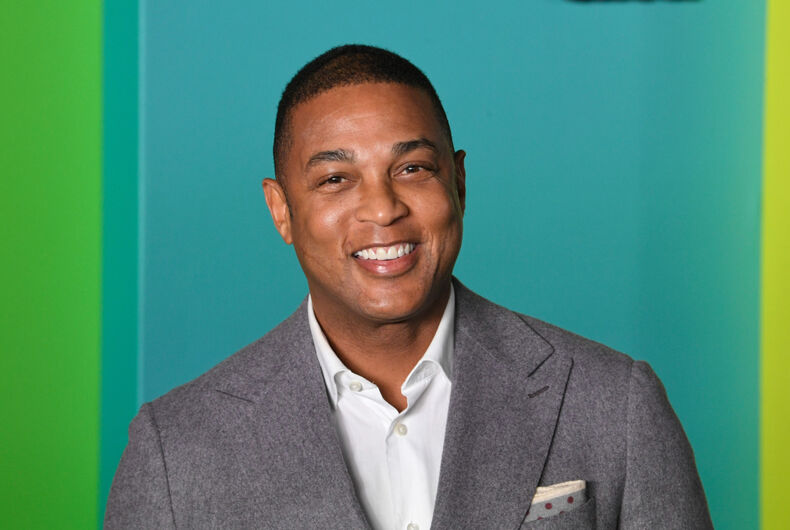 Hice’s case fell apart after one witness contradicted his version of events, and lawyers found evidence that Hice had offered to pay a supporting witness money for favorable testimony. Despite dropping the lawsuit, a judge has ordered Hice to pay Lemon $77,000 in lawyers fees.

Hice said that in the summer of 2018, he recognized Lemon at a bar in the Hamptons region of Long Island, New York. Hice said that Lemon declined his offer of a drink, and later approached Hice, fondled his own genitals and then stuck his fingers under Hice’s nose so Hice could smell Lemon’s crotch musk.

Hice then claimed that Lemon had repeatedly asked him whether he liked “p***y or d**k.” The experience allegedly resulted in mental health issues for Hice that left him unable to continue working as a bartender during summers in the Hamptons, Hice’s lawsuit said.

From the outset, Lemon denied the accusations. A CNN spokesperson said that Hice had a grudge against the news network, pointing to an Instagram post Hice made that included a picture of himself outside of CNN headquarters in Atlanta, calling it “the home of Fake News.” In another tweet on Hice’s now-deactivated Twitter account, he wrote, “CNN supports and enables sexual predators.” Both statements repeated statements made by right-wing conspiracy theorists.

CNN also said that Hice had previously made “unsuccessful threats and demands for an exorbitant amount of money” from Lemon. Hice reportedly demanded Lemon pay him $1.5 million not to file the lawsuit.

The case’s civil jury trial was set to begin in a few weeks. However, Hice’s case began to unravel when one of his supporting witnesses, George Gounelas, withdrew his testimony after lawyers reportedly uncovered evidence that Hice had paid him to speak against Lemon.

Another witness, Isabel Peters, contradicted Hice’s testimony. She said that Hice had repeatedly pressured Lemon to drink on the night in question. She said that Hice didn’t express any emotional distress on the night or in the days after the alleged assault. She also said that, after the alleged assault, she, Hice, and another friend took pictures of Hice on Lemon’s property.

In March 2022, a judge ordered Hice to pay $77,000 in legal fees to Lemon after Hice allegedly tried to keep Peters’ story out of court. Hice was also accused of deleting text messages that would’ve hindered his claims.

A third witness – a gay, former classmate of Hice’s named William Erdmann – came forth in February 2022, stating that, when he attended high school with Hice, Hice had bullied him by doing the very same thing Hice had accused Lemon of doing.

Wouldn’t you know it, I went to High School with Dustin Hice. In high school, he and his friends did the VERY THING he is accusing Don Lemon of doing to me!

His claims are fake https://t.co/XV9YBe29sm

In a statement announcing the dropping of his lawsuit, Hice said, “After a lot of inner reflection and a deep dive into my memory, I have come to realize that my recollection of the events that occurred on the night in question when I first met CNN anchor Don Lemon were not what I thought they were when I filed this lawsuit. As a result, I am dropping the case.”

CNN lawyer Caroline Polisi responded by stating, “Thankfully, Mr. Hice was finally able to access his memory and recollect the correct version of events on the night when he approached Don Lemon…. This case was a crass money grab from its inception. Mr. Lemon has never paid the plaintiff a dime over the course of this unfortunate spectacle, and he is looking forward to moving on with his life.”

“Out of respect for the judicial process and my advice, he has had to remain silent in the face of a malicious and vulgar attack on his character,” Polisi added. “Unfortunately, being a gay Black man in the media, he has had to deal with these sorts of attacks for quite some time.”

DeSantis’ attack on Disney proves that incompetence is fundamental to Trumpism