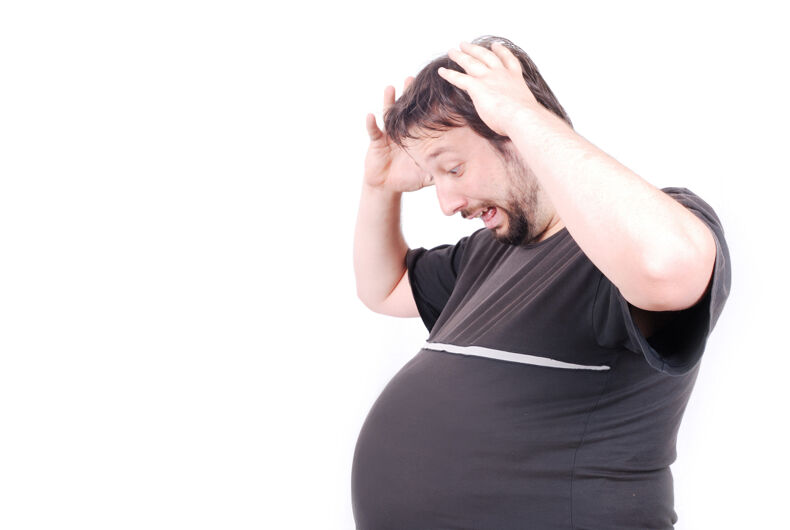 Amidst the wave of grief and anger following the leaked SCOTUS opinion poised to overturn Roe v. Wade, many have expressed the opinion that if abortion access affected “men” then abortion would simply be legal and easily available; “If men could get pregnant you could get an abortion at an ATM.”

What typically follows is a dialogue about how this erases trans men in conversations about reproductive justice. Trans healthcare and reproductive rights are both being rolled back in Republican-held states at an alarming rate, an assault that puts trans men and non-binary people at its intersection. But it also raises another question: why are we so quick to assume that cis men would access abortion more easily?

Related: This GOP congressional candidate is so extreme her daughter is begging people not to vote for her

This might sound like a trivial question, but there is a lot to take seriously in the subtext of this popular idea. It underscores how many of the assumptions we make about abortion access mis-imagine the struggle for reproductive justice.

When we imagine the cis man able to easily access abortion, he is a privileged man. He is not unlike those politicians determined to criminalize abortion. His body is rarely, or never, subject to any form of state surveillance or control. He is probably rich, or middle-class, and probably white. It is reasonable to assume that if he were able to give birth tomorrow, he could evade the restrictive laws he might otherwise support.

The person we are imagining is not the cis man whose bodily autonomy is routinely violated. Men who are in prison or detention. Men who are subject to racist immigration enforcement. Disabled men or men who are reliant upon welfare. All men who are more likely to be working class and men of color. For these men, it is a mere accident of birth that separates them from the violence which affects pregnant people now.

Imagine if cis men were able to give birth tomorrow. Perhaps the existing structures which privilege them might provide shelter from the kinds of punitive control faced by pregnant people today. Perhaps people would justify giving pregnant cis men more freedom because men aren’t “natural caretakers” like women are.

Such stereotypes can seem inseparable from the ideas of masculinity and femininity. People who fail to meet these ideals are often punished, with queer people often facing the most backlash.

The idea that childbirth is intrinsic to womanhood remains common, though many women do not or cannot give birth. Despite this, the way power is exercised over people based on their gender is not uniform. The reproductive capacities of white women are viewed very differently from those of women of color, particularly those who have migrated, whose reproduction is presented as a demographic threat by many on the right. Narratives around gender shape how we understand femininity and masculinity, but it is material political and economic factors that determine law and power.

Abortion restrictions are often couched in a particular language: religion, morality, or old-fashioned ideas about gender. Their primary effect, however, is to exert power over working-class women – those who cannot afford time off work or the cost of travel.

The solutions adopted by states to the “problem” of abortion, mostly criminalization, suggest that control is the point. Is there something so fundamental about masculinity it would prevent men from becoming subject to the same controls?

If these laws were only about the ideal of motherhood, then maybe there would be. If we imagine that they are rather part of a broader pattern, it is much less certain. Abortion restrictions extend the criminal justice system over people’s reproductive choices. Men to whom the criminal justice system is intrinsically hostile, particularly black men, would not be spared from this criminalization based on their maleness.

Trans men are instructive on this point. Whilst a trans man can accrue privileges associated with being a man in a patriarchal system, he remains at threat of control based on his reproductive capacity. His maleness does not exempt him from this.  It may be a stretch to imagine a congressman would be denied an abortion; it is much easier to imagine cis working-class men of color being subject to that kind of control.

In reality, it is, of course, not the rights of cis men which are at stake. When we imagine a man who would easily access abortion, we imagine a struggle for reproductive freedom centered around a singular woman. This person does not exist.

Abortion provision and access are unequal along class lines, which are in turn racialized. There is no useful struggle for reproductive justice that does not center on class and race. When we imagine gender so flatly as to assume that all women share a singular experience and all men another, we fail to adequately frame that struggle.

We lose out on the opportunities to build political solidarities which bring people together in the struggle for liberation.

When we frame abortion restrictions as being driven solely by conservative men who cannot relate to the possibility of pregnancy, we fail to acknowledge that it is also the project of conservative middle-class white women. It is a project driven by a cross-gender group of political insiders and economic elite which disproportionately affects working-class people, particularly those of color. Rich cis women do not stand in solidarity with other cis women based on shared anatomy, and neither would rich cis men.

Failing to imagine reproductive justice complexly means mis-imagining the real political dynamics with which we are faced. The framing adopted in resistance to the assault on reproductive freedoms will determine the shape of the movement. It will determine the coalitions it can build and its outcomes. It is crucial that we center the experiences of those who stand at the intersections of gender, racial, and class oppression.

The broader right-wing project currently being undertaken is an assault on all fronts, it must be engaged with as such.