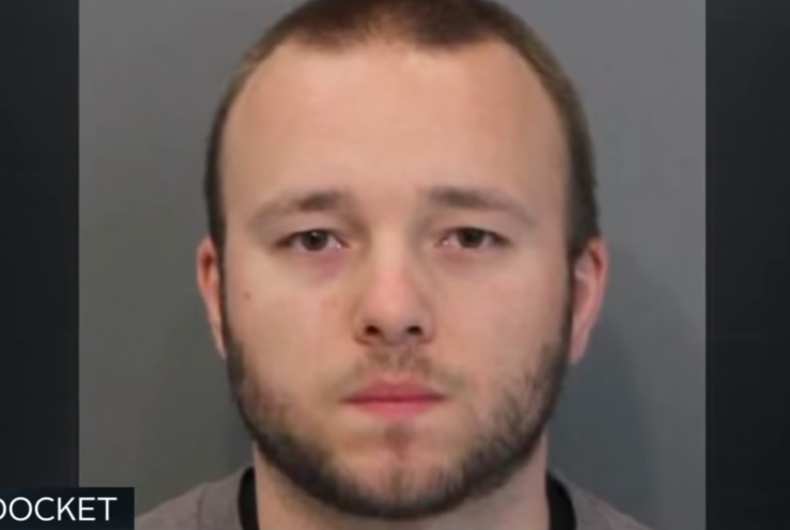 A woman who sued a police officer for pulling her over and forcibly baptizing her has been found dead.

Last week, a federal judge approved Marie Riley’s, 42, lawsuit against former Hamilton County, Tennessee Deputy Daniel Wilkey, 28, after he allegedly forced her to get baptized in 2019.

But Riley was found dead this past Wednesday night, according to the Tennessee Bureau of Investigation (TBI). They said that Hamilton County deputies found her dead at a home in the town of Soddy Daisy.

TBI has not yet said if they suspect foul play. Riley’s attorney confirmed her death but is not commenting on the investigation.

Riley alleged in her lawsuit that Wilkey pulled her over at around 9 p.m. on February 9, 2019 and that she admitted to having marijuana in her car, which is illegal for both medical and recreational uses in the state.

Wilkey told her to get out of her car and searched her twice, and she said that he touched her crotch “inappropriately.” He also found a “marijuana roach” on her. Wilkey told her he’d let her off with a citation if she agreed to let him baptize her.

She agreed and drove to Soddy Lake. Wilkey called Deputy Jacob Goforth to witness the baptism and record it on his phone.

Riley’s lawsuit says that Wilkey and Goforth used excessive force, assault, and intimidation to violate both her constitutional rights and her rights under state law. Tennessee Eastern District Court Judge Travis R. McDonough ruled that the lawsuit could proceed against Wilkey but that Goforth was protected by qualified immunity.

The judge said that Goforth, now a former deputy, had failed to protect Riley and found his excuse – that he didn’t know that Riley was being forced because she drove herself – to strain credibility.

“If anything, the truly bizarre nature of these facts should have put Goforth further on notice that the seizure was inappropriate,” McDonough wrote.

According to court records, Wilkey is currently facing several lawsuits for excessive use of force, including one where he conducted a body cavity search on a Black man he pulled over. The search was caught on Wilkey’s vehicle’s dashcam and the alleged victim required surgery as a result. According to another lawsuit, he allegedly groped female minors.

He has also been indicted on 44 charges, which include, according to the Chattanooga Times Free Press, six counts of sexual battery, two counts of rape, nine counts of official oppression, extortion, and stalking and assault.

Man stabs trans woman to death for allegedly hitting on him

The worst part of traveling while gay