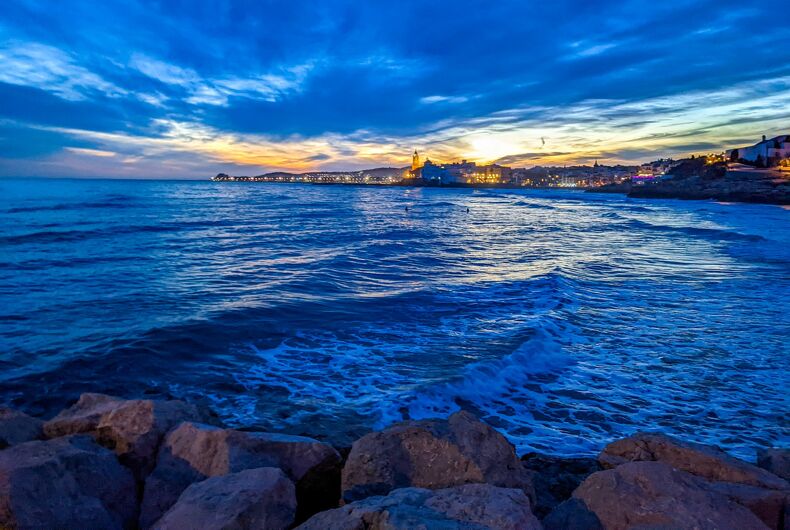 Last month, after a brief stay in the United States, and with Asia mostly closed to tourists, Brent and I headed back to Europe. We’d found a cheap two-week cruise from Barcelona to Athens, where we planned to settle down for a bit. But we had sixteen days to fill before the cruise left.

We love Barcelona, but it’s a crowded city. We did a quick search for something a little more peaceful. And up popped Sitges, Spain, a small town a short 35-kilometer train ride to the southwest of Barcelona.

Related: It is illegal to be LGBTQ in these countries

None of this mattered too much, because the plan was for us to keep our noses to the grindstone for a couple of weeks so we could take time off on the cruise.

Despite all of that, we did manage to do some exploring — and I might have snapped a few pictures.

During our two-plus weeks in Sitges, we learned it is: 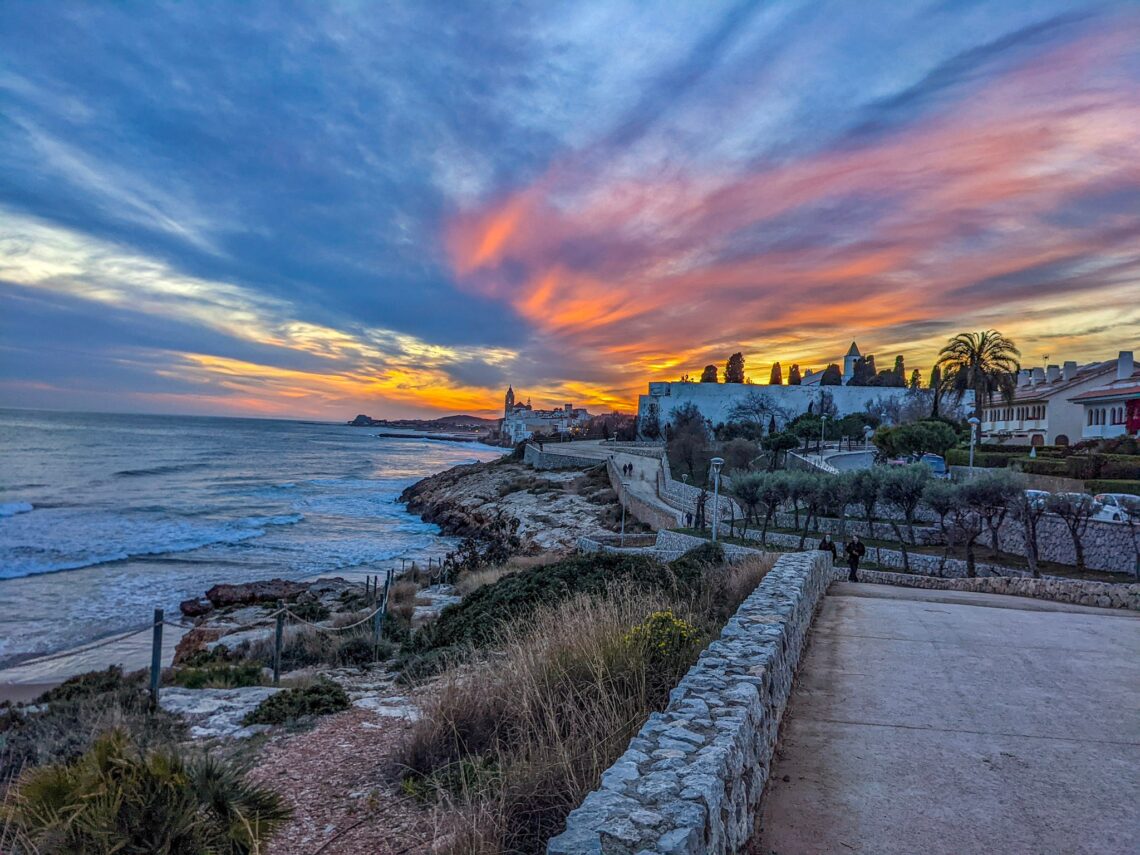 Sitges is renowned for its culture. Palau de Maricel — one of the most emblematic buildings in Sitges — serves as both a museum and a venue for cultural events. Meanwhile, during our stay, the local Museu de Maricel featured an exhibition of one of Spain’s most famous artists, Antoni Gaudí. Both were good places to visit on dreary afternoons.

And we had plenty of those. During our stay in Sitges, the rain in Spain definitely didn’t stay mainly on the plain.

Sitges’ other important museum is Museu del Cau Ferrat, which houses the works of the Spanish painter Santiago Rusiñol. He moved to Sitges at the end of the 19th century, and his presence quickly attracted other artists and freethinkers. By the 1960s, Sitges had become one of the centers of Spain’s counterculture.

That influence can still be seen today in the town’s public artwork.

One of Sitges’ most iconic sights is the 17th-century Church of Sant Bartomeu & Santa Tecla, which sits on a rocky promontory overlooking the Mediterranean.

Want something more than culture — or have a case of the same “Cathedral Fatigue” that Brent and I get whenever we spend a long time in Europe? Sitges is also home to an endless number of charming restaurants and cafes, many right along the water, along with an assortment of boutiques and shops of all kinds.

Sitges is definitely a gay mecca. Pride flags are plentiful, and we saw lots of same-sex couples holding hands.

Sitges likely got its start as a gay mecca once it began attracting artists and other free-thinkers. This probably also explains why Sitges has three nude beaches. 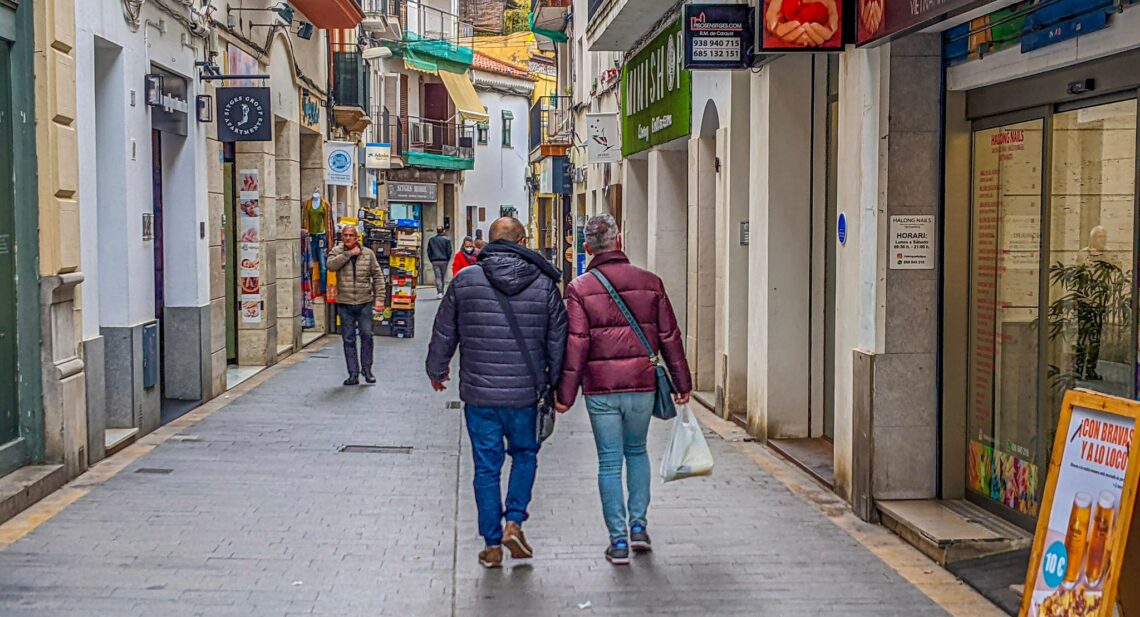 While the stormy weather didn’t thrill us, local surfers were delighted by the big swells it brought crashing onto the coast.

We didn’t let the dreary weather keep us from walking along the beach, and we could even hear the crashing surf from our apartment.

While the rain in Spain definitely didn’t stay on the plain during our time in Sitges, we enjoyed ourselves.