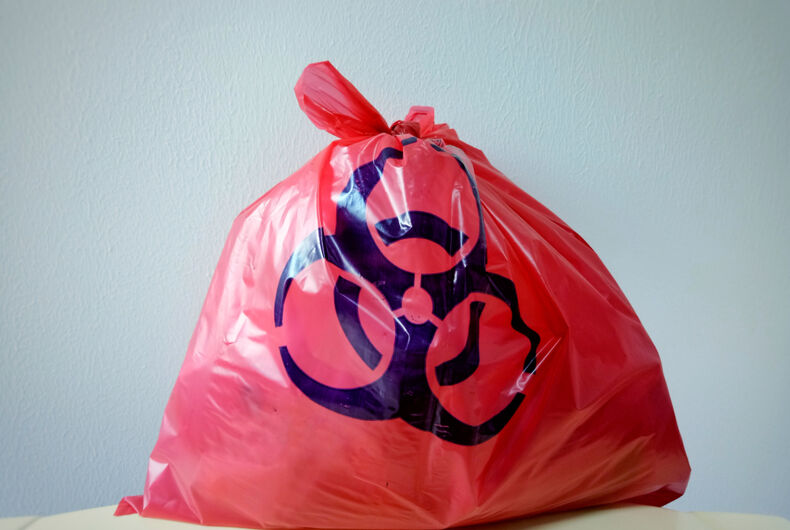 Remains from five fetuses were found in the home of a D.C. anti-abortion activist whose only comment to the media when police raided her home was: “People will freak out when they hear.”

Lauren Handy, 28, is the leader of the organization Progressive Anti-Abortion Uprising (PAAU) and calls herself a “Catholic anarchist.” She was arrested when Metropolitan police raided her home this past Wednesday following an indictment for intimidating employees and a patient at a reproductive health clinic in October 2020, when she and nine other anti-choice activists allegedly entered and roped off the D.C.-area clinic.

Metropolitan police carried away the fetal remains in red biohazard bags and coolers. On Thursday, a police spokesperson confirmed that five sets of fetal remains were found in the home.

Handy has claimed on social media that she has a “desire to liberate the bodies of aborted babies from med waste companies and give them a proper burial.”

She also claimed to have “gained access” to a fetal tissue and organ bank at the University of Washington in Seattle on March 23, but the university said that nothing was taken from its cold storage facility and that it remained locked. The university said in a statement that the fetal remains in its facility are kept for research “with the goal of improving the health and well-being of babies and their mothers” and that unused fetal remains get a “respectful cremation.”

She and eight other anti-abortion activists are facing federal felony charges for a separate breach of a D.C. area clinic in 2020. The indictment accused the nine anti-choicers of forcing their way into the clinic and using chains and ropes to block the entrance.

“We have people intervening physically with their bodies to prevent women from entering the clinic to murder their children,” one of her fellow activists said in a livestream at the time.

If Handy didn’t obtain the fetal remains from the university in Seattle or the clinic in D.C., it’s not clear how she came to have them in her possession.

Handy and her fellow defendants face up to 11 years in prison if convicted.