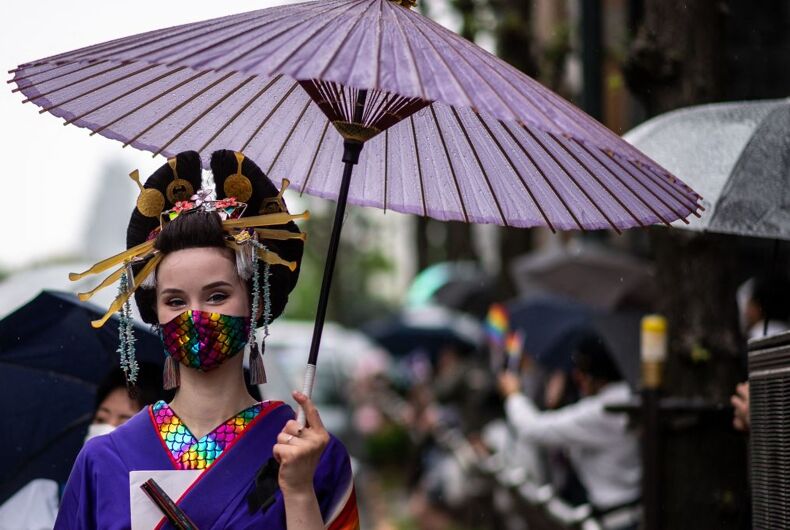 People attend the Tokyo Rainbow Pride 2022 Parade in Tokyo on April 24, 2022, to show support for members of the LGBT community.Photo: AFP via Getty Images

The Tokyo Rainbow Pride 2022 Parade was held this week and people came out in droves to support the community and celebrate Pride.

Japan remains the only country in the G7 group of countries that has not legalized marriage equality. Same-sex marriage was outlawed until March 2021, when the Japanese courts deemed the law banning it to be unconstitutional. While the ruling was celebrated, the National Diet would have to pass a law to formally legalize marriage equality in the country. It has not done so.

Homosexuality has been legal since 1880. Recently, a prefecture district even made it illegal to out an LGBTQ person, but while Japanese LGBTQ people don’t face widespread religious stigma, same-sex couples still face discrimination in everyday life, such as lack of housing and visiting privileges at hospitals.

The country promised to pass LGBTQ nondiscrimination protections before the Tokyo Olympics but failed to do so.

This Week in LGBTQ Twitter: Lesbian Visibility Week brings out the TERFs