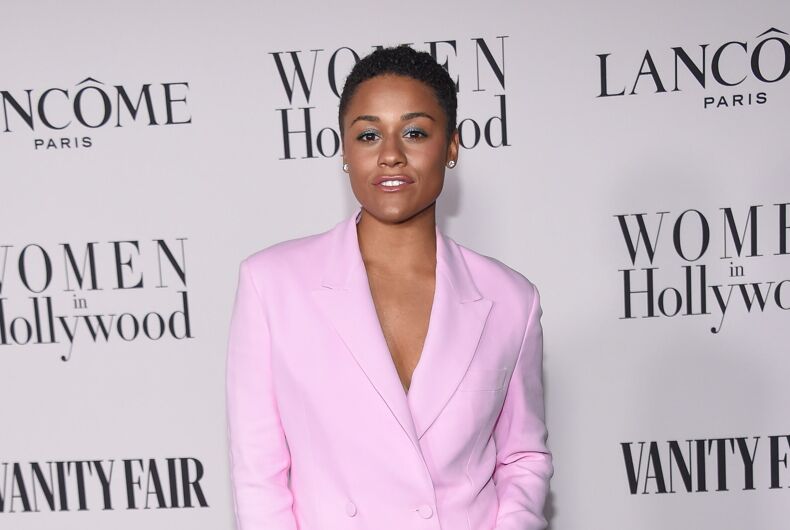 Out actress Ariana DeBose will executive produce and star in a bisexual Latinx retelling of "My Best Friend's Wedding."Photo: Shutterstock

Ariana DeBose, the first out queer person of color to win an Academy Award, will be bringing that visibility to the big screen in the romantic comedy Two and Only.

According to Deadline, the film is based on an original screenplay by fellow LGBTQ latina Jen Rivas-DeLoose, who directed the Selena: The Series. The rom-com is being described as a bisexual Latinx take on the ’90s classic My Best Friend’s Wedding.

Related: Ariana DeBose becomes first out person of color to win an Oscar in historic moment

DeBose said she is looking forward to the challenge of executive producing in addition to acting in the film.

So excited to take on a new challenge and learn a thing or two about producing.

Thrilled to be a part of this incredible team including Jen Rivas-DeLoose, Screen Gems’ Scott Strauss and @kgisellej and Sad Unicorn’s Randall Einhorn and Jeremy Stern! https://t.co/BUrSWkkOmE

The actress previously earned accolades for her musical theater roles. In addition to winning the Best Supporting Actress Oscar for her portrayal of Anita in West Side Story, she was nominated for a Tony for her role in Summer: The Donna Summer Musical and was a member of the original cast of Lin-Manuel Miranda’s Tony Award-winning Hamilton.

In her Oscar award speech, DeBose emphasized the significance of someone like her succeeding in the industry.

“You see a queer, openly queer woman of color and Afro-Latina who found her strength in life through art,” she said. “So to anybody who’s ever questioned your identity – ever, ever, ever – or you find yourself living in the gray spaces, I promise you this: there is indeed a place for us.”

DeBose is a queer Afro-Latina, and thanked partner Sue Makkoo in her speech.

She will also appear in the action film Argyle alongside Henry Cavill, Bryan Cranston, Samuel L. Jackson, and Dua Lipa and is set to portray the villain Calypso in the 2023 film Kraven the Hunter. DeBose is also starring in the upcoming space thriller I.S.S.

DeBose also showed off her comedic chops in an appearance on Saturday Night Live, where she joined Kate McKinnon for a sketch involving modern interpretations of Sapphic poetry.

The film will be produced by Sad Unicorn, whose catalog includes the hit series Abbott Elementary, and is reportedly being developed as a vehicle to showcase DeBose’s star power

The most damaging myths about transgender kids