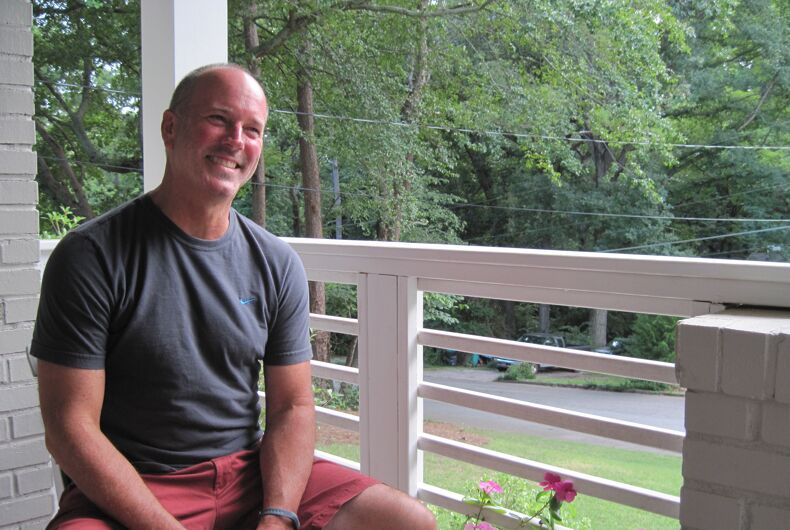 Gerald Bostock – the gay man whose name is on one of the biggest LGBTQ Supreme Court victories in history, Bostock v. Clayton County – is still fighting his case against his former employer, who still insists that he was fired for spending money at gay establishments, not for being gay.

Bostock was fired in 2013 from his job as a Clayton County, Georgia court official after his coworkers found out he was on a gay softball team. And his case still hasn’t been heard.

Georgia doesn’t have a law banning anti-LGBTQ discrimination, so he filed a lawsuit under Title VII of the federal Civil Rights Act, which bans job discrimination on the basis of sex. His argument – one that the Supreme Court later accepted – was that it’s impossible to discriminate against LGBTQ people without taking sex into account.

Clayton County tried to get his lawsuit dismissed, arguing that “on the basis of sex” just means discrimination against women or men, as a class. The appeals worked their way to the Supreme Court in 2020, where Bostock’s case was consolidated with two others, and he won the right to sue under Title VII.

Just this past week, his lawyers argued that a federal judge should find in Bostock’s favor before the trial because, they say, it’s so obvious that he was fired for being gay. Bostock said that he started facing discrimination at work after he joined an LGBTQ softball team.

This led to increased scrutiny of how he was spending money as a part of his job. He oversaw an account used to recruit volunteers, and he could take potential volunteers to restaurants with that money. His boss, Juvenile Court Judge Steven Teske, has already admitted in a hearing that he started to look into how Bostock was spending that money after he found out Bostock was on the queer softball team.

In his diary, Teske wrote that he found out Bostock was “buying meals for potential sponsors in Midtown Atlanta — the gay district of Atlanta.” Teske said at the later hearing that he decided that Bostock wasn’t really working since he’s gay and he was meeting people in the gay neighborhood.

“What makes it suspicious that it was personal is because he is gay and he was in that venue and spending money in the GAL account in that venue, which he could not account for all the spending,” Teske said in court.

In his diary, Teske even referred to the potential volunteers Bostock was meeting with as “friends (former boyfriends — because he is gay).” He also wrote that he believed Bostock was using the money to “sponsor a softball team in a gay softball league in Atlanta.”

Teske ordered an audit of Bostock’s use of that money, but the “audit report did not state that Mr. Bostock engaged in any wrongdoing nor did it suggest he should be disciplined.”

Teske decided to fire Bostock anyway and told the leader of a nonprofit organization, Sabrina Crawford, about his decision. Crawford said she disagreed with his decision and she later told the court that Teske slammed her desk and said, “But it was at a gay bar!”

But the county still says that Teske didn’t discriminate. They still insist that the funds were misused because a straight man who took potential volunteers to Midtown would have also been fired. The county says that Teske had other out gay employees (he retired last year) and has socialized with gay men in the past, so he can’t be homophobic.

Bostock’s lawyer Ed Buckley said that the motion filed this past week asking the judge to rule in his client’s favor was “a solid motion and we look forward to the court’s ruling.”