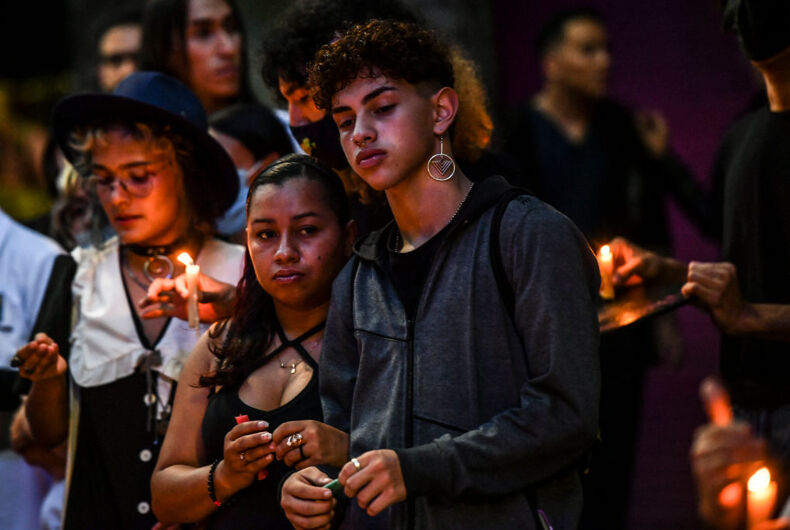 People gather to pay respects to 6 LGBTQ victims of violence in Medellín.Photo: AFP via Getty Images

People in the city of Medellín, Colombia took part in a vigil in honor of the victims of anti-LGBTQ hate crimes this year on Tuesday, April 5.

Six LGBTQ people in the second largest city in Colombia have been killed so far, more than in the whole year of 2021.

The victims include Hernán Macías López, who was found dead in a hotel room bathroom at age 30 this past March. Police believe he was tied up and strangled.

Juan Danilo Bedoya Román was found dead in March as well in his bedroom. His mother found his body undressed with his feet and hands tied up.

While authorities are saying that the murders were “isolated events,” LGBTQ people in Medellín believe that they’re connected.

“They have the same pattern,” a source told the Washington Blade. “One has to think that they are serial killings and in different neighborhoods in the city.”