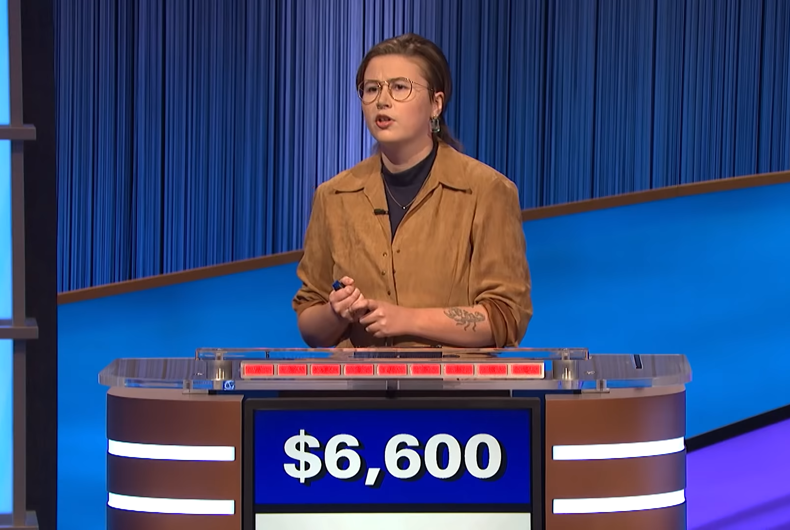 Another member of the LGBTQ community is tearing her way through Jeopardy! shortly after trans woman Amy Schneider dominated the show, winning 40 games in a row and over a million dollars.

Mattea Roach, an out lesbian, is on an impressive winning streak that has landed her a coveted spot in the Jeopardy! Tournament of Champions. Roach currently has 13 victories under her belt.

The 23-year-old contestant has won over $286,000 so far. Roach’s feat puts her in the top 10 for the most consecutive games won in the show’s history. Last night’s game also included a rare occurrence when Roach was the only player to advance to Final Jeopardy!.

Schneider’s 40-game winning streak captivated viewers. Throughout her run, she made history in more ways than one.

In February, Schneider announced she quit her day job to focus on other projects like writing a book, and she also recently revealed that she got engaged to her girlfriend, Genevieve Davis.

While she applied for the show on a whim, Roach’s performance will pay off her student loans, she said after winning two games, and she plans to further her education. At this point, she’ll have enough left over to pay for graduate school outright.

And just like that – poof! Student loans: paid off. Congratulations, Mattea! #OverheardOnSet pic.twitter.com/LGTzayLfmK