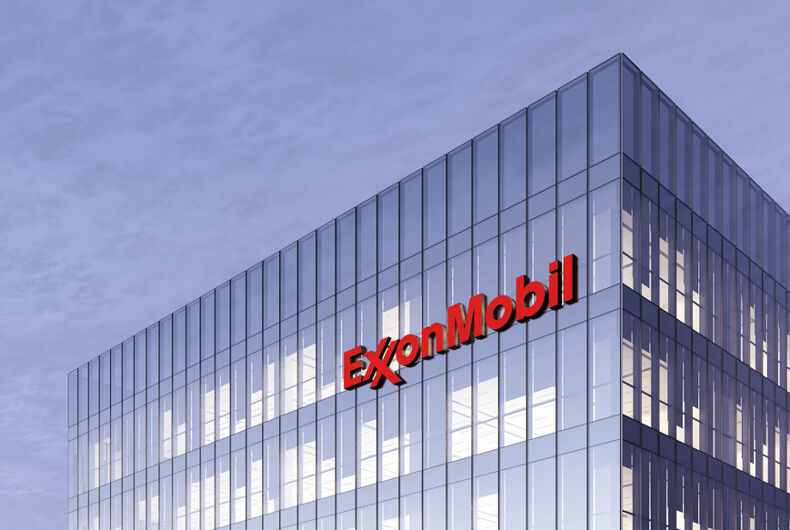 ExxonMobil is unsuccessfully trying to reassure its LGBTQ employees that it still supports them after the company banned the flying of rainbow Pride flags at any of its offices.

The company recently decided not to allow its offices to fly “external position flags”, including the Black Lives Matter (BLM) flag and rainbow flags, from company flagpoles. In response, its employee Pride group feels let down.

Related: Disney donated $190K to Republicans in Florida while they were working on Don’t Say Gay law

“It is difficult to reconcile how ExxonMobil recognizes the value of promoting our corporation as supportive of the LGBTQ+ community externally (e.g. advertisements, Pride parades, social media posts) but now believes it inappropriate to visibly show support for our LGBTQ+ employees at the workplace,” the ExxonMobil Pride group said in an email.

Indeed, ExxonMobil received an 85 out of 100 from the Human Rights Campaign in its 2022 Corporate Equality Index rating.

The company’s decision has made the members of Exxon’s employee PRIDE group in Houston refuse to represent the company at the city’s June 25 Pride parade.

Linda DuCharme, the executive sponsor of the company’s employee PRIDE group, has said that the company’s decision was “in no way intended to diminish its commitment to an inclusive and diverse culture, or our full support for all LGBTQ+ employees,” she told the employee group.

“I am crushed that the recent news has hurt so many of you,” she added. “I have spent 5 years as your proud sponsor, and watched with PRIDE as we grew our global reach, doubled our membership, increased ally engagement, supported career development, policy development, enhanced recruiting, and generally continued to grow our understanding of what it takes to be truly inclusive.”

“The trust you have placed in your colleagues and this company to accept you as you are, and to allow you to be yourself has not been misplaced,” she concluded.

While ExxonMobil amended its anti-discrimination policies to include sexual orientation and gender identity in 2015, the company’s latest move is supporting anti-inclusive right-wing policies. Last year, conservatives in an Oregon school district banned all Pride and BLM flags because they considered them too “political” and “divisive.” Similarly, former President Donald Trump forbade U.S. embassies from flying rainbow and BLM flags.

Exxon saw what just happened to Woke Disney, and decided not to offend millions of customers by flying BLM and LGBTQ flags anymore.