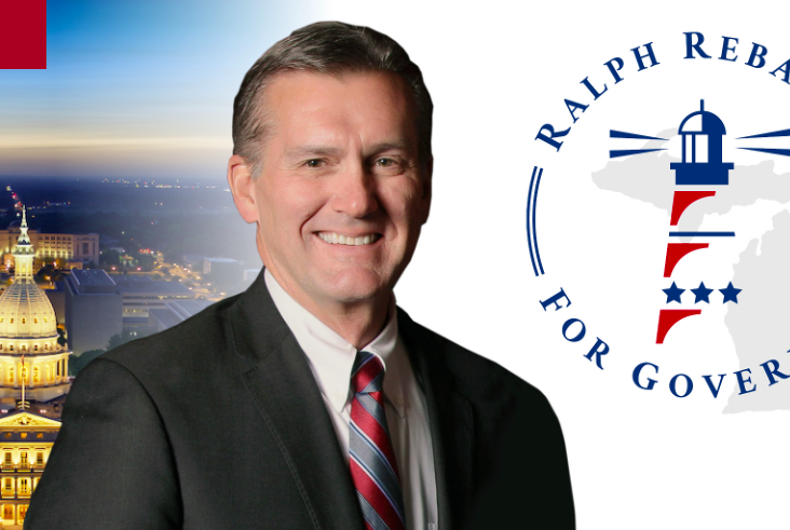 Ralph Rebandt, a Republican candidate for Michigan governor, says he wants the Bible to “be the basic textbook in schools.” It’s a position he came to regret in a recent interview with comedian Jason Selvig.

Related: Comedians get Trumpers to agree to ban the Bible from schools by telling them what’s in it

This is where the interview went hilariously south for the Republican.

“No, I’m not saying ban the Bible in school,” Rebandt replied.

“You’re saying anything that has a pornographic image should be banned,” Selvig reminded him. “And there are some images in the Bible about, you know, sex and incest and things like that. So it sounds like you’re saying we should ban the Bible.”

Rebandt answered, “What I am saying is that the Judeo Christian principles on which our country was founded need to be brought back into culture. And I can’t say it any more clearly than that.”

“If that means banning the Bible, so be it,” Selvig said, adding, “Protect the kids.”

“No, I—” Rebandt stammered as the interview ended.

Rebandt initially told Selvig, “I’m bringing God back into culture, because I’m convinced that if we don’t get God right in this next election, nothing will matter.”

But while U.S. conservatives nationwide are hot to ban “pornographic” books from schools, including ones that explore sexuality and LGBTQ identity, they seemingly don’t want that standard applied to their own holy book.

In the aforementioned Bible story, Lot and his two daughters live in a cave. One daughter says to her sister that since there are no men around to impregnate them, they should get their father drunk and have sex with him to “preserve our family line through our father.”

They then successfully get their father drunk two nights in a row, have sex with him and end up pregnant. The story claims that the father was so drunk that he was unaware of what happened both nights.

The Bible says all sorts of things that conservative activists say they don’t want in books in schools. It says to kill people in same-sex relationships, to kill women who have pre-marital sex, to smear animal feces on the faces of lazy priests, and that it’s okay to own and beat slaves.

I interviewed a pastor running for Governor in Michigan who wants the Bible taught in schools. Things got awkward. pic.twitter.com/2Fl03S3uBU