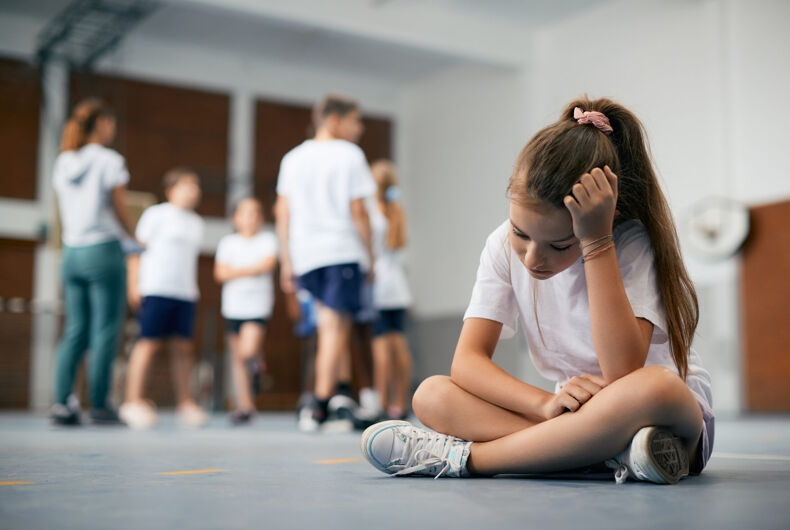 Arizona is on track to pass a bill that will allow parents to sue schools over pretty much any interactions with student that offend them.

The bill — which was recently approved by the state senate and now heads to the state house — was written by two virulently anti-LGBTQ groups. It’s so broadly written that it’ll silence teachers from discussing any potentially controversial topics and likely lead to a wave of costly lawsuits.

The law would allow parents to sue any schools or government officials that violate Arizona’s Parents’ Bill of Rights, which says parents have a right to direct their child’s education, upbringing, mental healthcare, and religious or moral training. So any school interaction that a parent interprets as “usurping” those rights would become grounds for a lawsuit.

This could include any lessons that discount religious explanations for scientific or social phenomena, any book recommendations that parents disagree with or conversations where a teacher gives a child personal or emotional advice.

“I am a hard ‘no’ on this bill,” Democratic state Sen. Christine Marsh said in opposition to the bill on Monday. The bill’s vague wording of “usurping the fundamental right” will likely lead to many parents filing lawsuits, she said, according to the Arizona Mirror. “Anything could potentially qualify for it, so we might have a whole bunch of teachers going to court for this.”

The bill was originally written in response to parents who were upset about mental health surveys sent to remote learning students during the COVID-19 school lockdowns. The original bill sought to require teachers to tell parents about anything students told them in confidence, a measure that could have required school staff to out LGBTQ students.

The legislation was originally drafted by the Center for Arizona Policy and Family Watch International, two anti-LGBTQ groups, according to Raw Story.

Family Watch International’s founder, Sharon Slater, says gay people are more prone to disease, “significantly more promiscuous,” and “more likely to engage in pedophilia.” She supports the criminalization of homosexuality, ex-gay therapy (a pseudoscientific form of mental torture) and opposes any expansion of LGBTQ rights, according to the Southern Poverty Law Center.

Lawmaker’s epic clapback to getting called a “groomer” goes viral