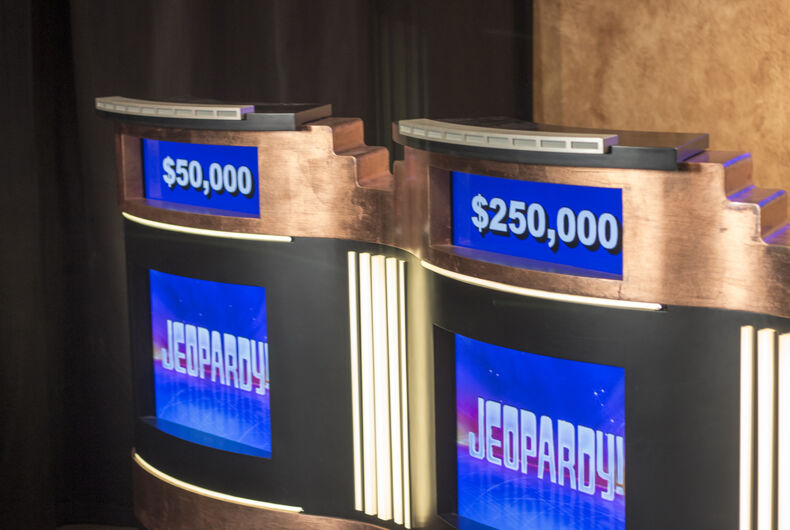 With news that Mattea Roach is continuing her Jeopardy! winning streak after 18 consecutive wins, Roach qualifies for the coveted Tournament of Champions and also qualifies as the latest LGBTQ contestant to make headlines. In fact, with Roach’s streak, LGBTQ contestants happen to be the biggest news item about the show.

Following Amy Schneider’s historic win, which was ended by queer librarian Rhone Talsma, Roach has proven that LGBTQ contestants have the smarts to cross the finish line when it comes to game shows. But they’re not the only openly LGBTQ contestants to make headlines on Jeopardy!

Speaking of Roach and her consecutive wins, she is a 23-year-old Canadian tutor who wasn’t shy about being gay on her Twitter account. Since then, fans have been enjoying Roach’s winning streak, tweeting out their support for the highest-earning Canadian ever on the show.

The legend herself: Amy Schneider! From Dayton, OH, Schneider has the second-longest winning streak on Jeopardy! behind only longtime champion Ken Jennings. Schneider is out as trans and became the first trans contestant and first woman to win so many games in a row. Since winning, Schneider has gone on to continue her engineering career and was honored by GLAAD and The White House on Transgender Day of Visibility.

The man who bested Amy Schneider, Rhone Talsma, the out librarian from Chicago Ridge. Although Talsma only won one round, he has become famous for being the person to end Schneider’s winning streak while also being a part of the LGBTQ community. It should be a consolation to Schneider knowing that Jeopardy! was staying in the family of queers.

Before this current year of LGBTQ dominance, there was Cody Lawrence in 2020. Lawrence was praised during his run on the esteemed game show for wearing a bisexual pride flag pin on his outfit. Being openly bisexual, Lawrence wanted to increase bisexual visibility and did so with fans responding with joy due to his openness and pride.

Another 2020 LGBTQ contestant who made history was Kate Freeman, the first trans contestant to win an episode. Hailing from Michigan, Freeman followed Cody Lawrence by wearing a trans pride flag on her outfit. Although contestants have come out as trans since winning, Freeman set the stage for winners like Amy Schneider to follow in her footsteps.

Back in 2019, something really sweet happened. Contestant John Presloid was on the fifth day of his winning streak when he mentioned his husband on camera. Presloid made waves for the comment, knocking down expectations for LGBTQ representation on game shows. Although personal lives are typically left out of the game, viewers were more than overjoyed to see Presloid’s life shared with an audience.

Louis Virtel is known in most circles as a journalist first and Jeopardy! contestant second. But the out writer competed in one episode of the game show and became quite the water cooler topic. Known for snapping his fingers and slamming his buzzer, Virtel was proudly flamboyant even when his snapping was misconstrued as support for anti-gay Republicans. Luckily, Virtel used the same sassy wit seen on Jeopardy! to tell the GOP he is not their poster boy.