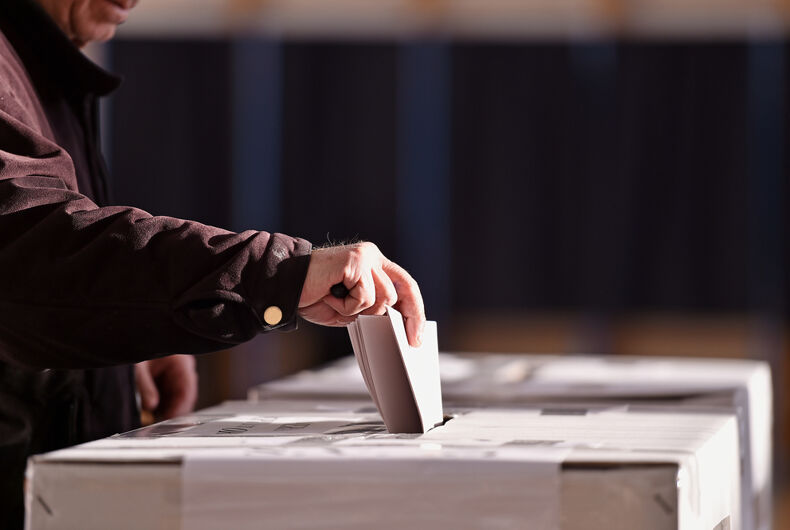 Three anti-LGBTQ candidates for the Eau Claire, Wisconsin school board have lost their elections after lambasting the board for supporting transgender students.

The election made headlines after it came to light that the school held a staff training session in which one PowerPoint slide declared, “Remember, parents are not entitled to know their kids’ identities. That knowledge must be earned. Teachers are often straddling this complex situation. In ECASD, our priority is supporting the student.”

Nordin defended the school’s actions to WQOW, stating, “It’s a parent’s responsibility to help their student become the best person that they can be, to live their true self, but when those students don’t feel safe at home, where are they supposed to go?”

“I’m unwilling to tell them you’re not safe at our school. And that’s what this is about. It’s not about parents versus teachers. It’s about students being safe in our schools and having every student have a safe place to go.”

Nordin also released a statement declaring that “our schools are too important to cede to fear” and said he would not “shy away from doing what is right in the face of bullying, threats, and hate.”

Nordin won reelection with 19% of the vote on Tuesday, whereas Everson, Winter, and Cronrath all lost.

Nevertheless, Christian Phelps, digital organizer for the Wisconsin Public Education Network, said Eau Claire still has a lot of work to do.

The anti-LGBTQ candidates may have lost, but Phelps, who is gay, told the Wisconsin Examiner that “the fact that there’s this sensationalized coverage of students and their identities is really a bad thing already.”

Phelps added that students are well aware of the conversations adults are having about them and that it isn’t easy to consider  whether the adults around you think you deserve to be safe at school.

“I’d hope that in a community like Eau Claire, and many others, the dust can settle and people can once again view their local school district as something that is not subject to partisanship and pettiness and reset the conversation from a healthier starting point.”