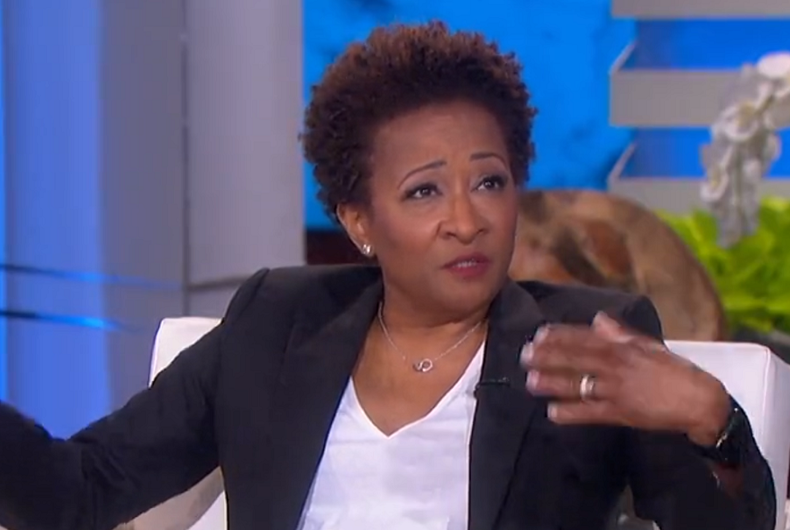 Out comedian Wanda Sykes is angry at Will Smith after he slapped Chris Rock this past weekend at the Oscars, which she co-hosted with Amy Schumer and Regina Hall.

And she’s not mincing words.

“It was sickening,” she told Ellen DeGeneres on her show yesterday. “It was absolutely- I physically felt ill and I’m still a little traumatized by it.”

“I know he apologized to Chris, but I believe that, you know, we were the hosts, right?” Sykes continued. “So we were the- this is our house. We’re inviting you in. We’re hosts. We’re keeping- we’re gonna take care of y’all tonight, make sure you have a good time.”

“No one has apologized to us, and we worked really hard to put that show together.”

“It’s not an example to set,” Ellen responded. “You don’t let someone do something like that and get away with it and be rewarded.”

Ellen told Sykes that she and Schumer and Hall did a “great job” but said that her work “got overshadowed” by the slap.

Later in the interview, Sykes said that she saw Rock at an afterparty and he apologized to her for the altercation.

“And I’m like, ‘Why are you apologizing?’ and he’s like, ‘It was supposed to be your night. You and Amy and Regina, y’all were doing such a great job. I’m so sorry, this is now going to be about this.'”

.@iamWandaSykes was here today and shared some thoughts about #Oscar night. pic.twitter.com/i5tj8sYbIB

At the Oscars this past Sunday, Rock was presenting the award for Best Documentary (Feature) and he made a joke comparing actor Jada Pinkett Smith, who is married to Will Smith, to actor Demi Moore in G.I. Jane, where Moore shaved her head.