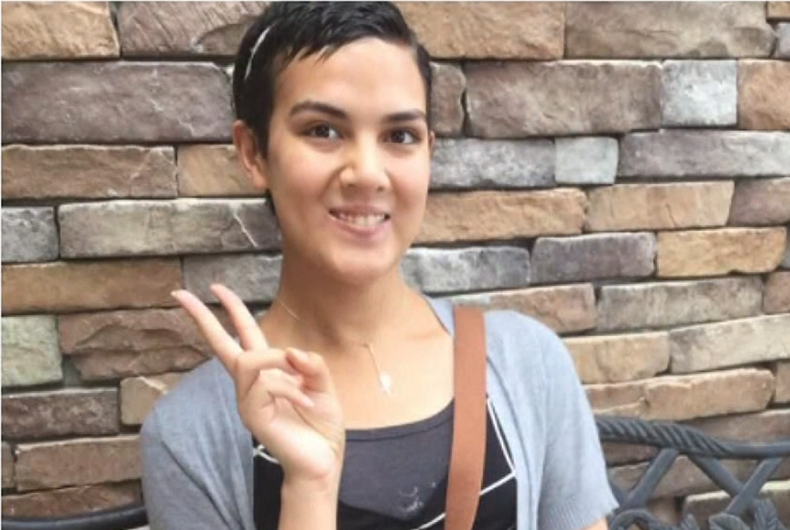 A transgender woman in Georgia was shot to death by her own father, who later shot himself and died this past Saturday afternoon.

Cherokee County Sheriff’s spokesperson Capt. Jay Baker said that deputies responded to a call at the home after the shooting, which they believe happened at 5:45 p.m.

“When they arrived on scene, they discovered two deceased persons, inside,” Baker said.

Police are investigating the homicide but are releasing few details. “It appears that a father shot [and killed] his daughter and then took his own life.”

11Alive News reports that this isn’t the first time Howard Newhouse was accused of violence against his daughter. Court records show that he was arrested on April 9, 2019 and accused of hurting his daughter “intentionally or without provocation.” The documents say that he was “holding her down on a bed by her throat.”

The arrest warrant states that he faced a charge of misdemeanor simple battery, which the warrant said was family violence. He was not prosecuted because he went through a pre-trial diversion program. The case was dismissed the next year.

Pgh Lesbian Correspondents reports that Kathryn Newhouse was of Filipino descent and autistic and suffered from mental health challenges. The site called the fact that both Kathryn and Howard Newhouse faced the same charge for two very different acts of violence “appalling.” Charges were ultimately dismissed in both their cases.

Kathryn Newhouse’s brother Chris Newhouse told CBS46 that his sister was in a mental health institution until just before the pandemic, when she was forced out and made to go live with her family. He said that led to an increase in confrontations and violence in the home.

Investigators said the coroner has investigated the scene of what they are calling a murder-suicide.

Not entirely monogamous or polyamorous? You might be ambiamorous