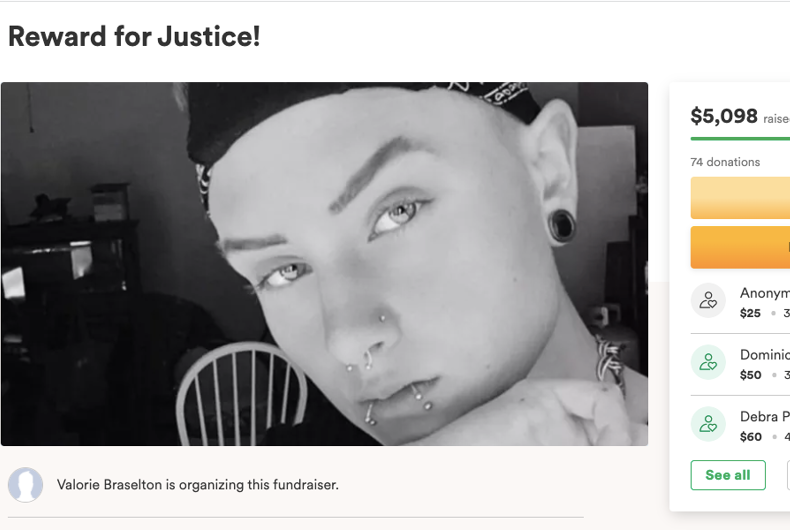 A GoFundMe for SpampinatoPhoto: screenshot

A 21-year-old transgender man named Matthew Angelo Spampinato had almost walked all of his way home after his February 9 shift at the Starbucks coffeehouse in New Castle County, Delaware… but he never got to his front door.

A hit-and-run driver killed Spampinato before he could return home. The person responsible still hasn’t been identified and may never be, police say.

Related: A transgender woman was killed under mysterious circumstances in Texas this week

Spampinato, who was born in Georgia and had only moved to Delaware last summer, was still in the process of transitioning when he died. Spampinato first realized he wasn’t cisgender at age 13, he wrote on social media. He began taking hormone replacement therapy on Jan. 31, 2021 — finally securing the medicine after four years of trying.

His last Instagram post expressed gratitude for his new home.  “I’ve been enjoying experiencing fall and winter in a new state for the first time,” he wrote. “It’s a whole different vibe than what I’m use too.”

A GoFundMe campaign — which misgenders him but was ostensibly started to bring his body back to Georgie and his killer to justice — states, “A (reckless) driver who has no soul ran [him] over and didn’t even stop. [He] moved to Delaware last year and didn’t live far from work. They have witnesses and video so please pray this monster can be brought to justice. [He] had the world at her feet and [his] life was taken because someone was in a hurry. Please pray for this family and please share as they have alot to do to get [him] home and hold the person who did this responsible!”

Explaining the campaign’s misgendering of Spampinato, the crowdfunding campaign’s organizer wrote, “This post is not meant to be disrespectful to those who embraced [deadname] as Matthew. [His] Mother approved this Go Fund Me. Some remember [him] as [deadname] and others remember him as Matthew. Per [his] Mom Matthew will be acknowledged.”

His Starbucks location put up a memorial for him. It includes a green apron, like the one he used to wear during his work shifts, covered in written messages from his co-workers and a link to the crowdfunding campaign, Delaware Online reported.

“He was always so selfless,” his Starbucks co-worker Samantha Strothmann told the aforementioned publication. “He would always ask how everybody was doing even when he wasn’t having a good day himself.”

Tori Cooper, Human Rights Campaign Director of Community Engagement for the Transgender Justice Initiative, wrote of Spampinato’s death, “Matthew’s death is tragic, but the one shining light was that he lived his life surrounded by people who loved and respected him. He was living his dream with a healthy support system.”

“With all of the challenges trans and non-binary people face in society, including a disregard for our lives, it is so important for allies to celebrate and uplift our community,” Cooper’s statement continued. “May Matthew never be forgotten by those who loved him and those who hold our community dear.”

It’s unclear if Spampinato’s killer will ever be brought to justice. More than half of the fatal hit-and-run cases investigated by Delaware State Police in the last two years remain unsolved, police spokesperson Sargeant Corporal Jason Hatchell told the aforementioned publication.