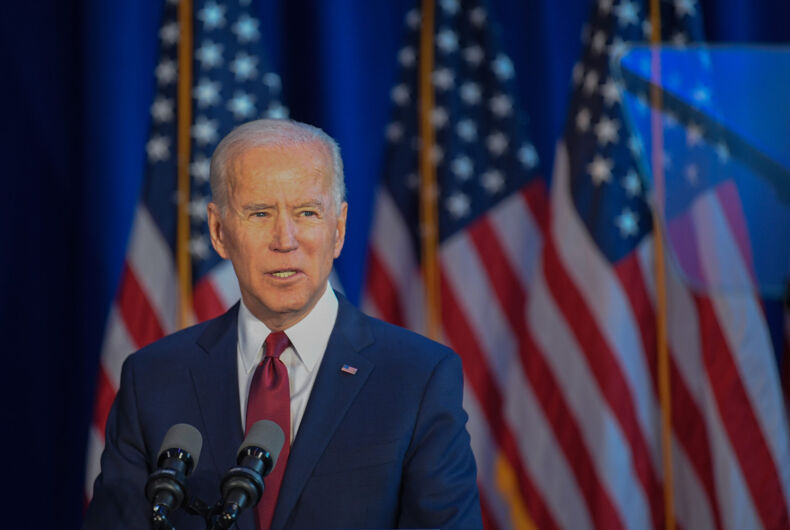 Bryant, a third-grader from Houston, has repeatedly testified in front of Texas legislators in opposition to Republicans’ transphobic policies. Her testimony has put her in touch with other trans kids looking to live freely in Texas and has also inspired teachers and administrators at her school to call their legislators and oppose the policies as well.

She was invited to attend Biden’s address by Texas Representative Sylvia Garcia (D).

“Even through politically charged attacks on Texas’ trans youth by Governor Greg Abbott, she remains a bright and strong voice for Houston children,” Garcia told The Houston Chronicle.

Texas Republicans have repeatedly tried to outlaw gender-affirming healthcare for transgender children, even though such care has been found to reduce mental distress and suicide among trans youth. Most recently, Texas Gov. Greg Abbott (R) and Attorney General Ken Paxton (R) called such care a form of child abuse and asked state agencies to investigate and prosecute parents who provide any such care to their children.

“We are disgusted and distraught that our governor and attorney general have chosen to attack Texas children and their loving families,” said Sunny’s mom, Rebekah Bryant. “Many families like ours are in a panic, suddenly feeling unsafe in our homes and scrambling to know our legal rights.”

Sunny Bryant’s attendance at Biden’s speech may highlight the president’s many actions to support trans people, despite the former administration’s rampant transphobia.

During his first year in office, Biden overturned the ban on transgender military personnel, appointed the first out trans person to be confirmed by the Senate, made a historic Transgender Day of Visibility presidential proclamation, said it’s unconstitutional to put a trans woman in men’s prisons, said that states can’t ban trans girls from sports, honored trans people lost to “horrifying” violence on the Transgender Day of Remembrance and told Veteran Affairs to officially recognize trans and non-binary veterans’ genders.