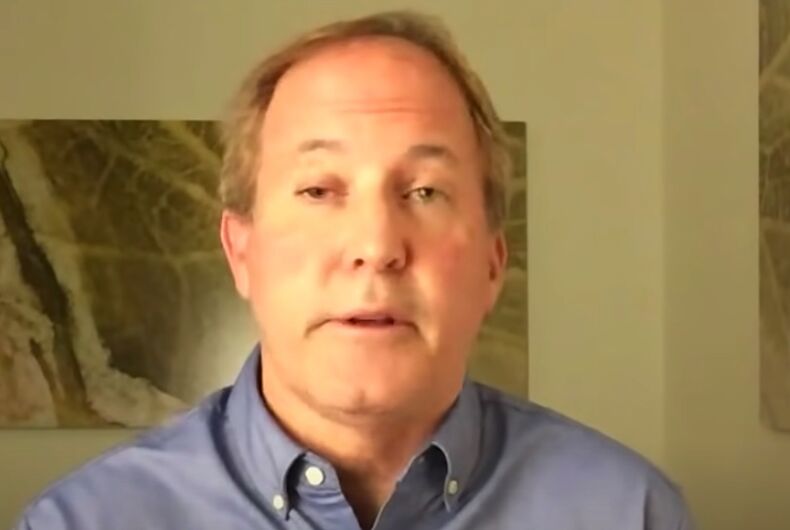 The superintendent of the Austin Independent School District in Texas is not letting let anti-LGBTQ state officials stop her from making her students feel safe.

“I want all our LGBTQIA+ students to know that we are proud of them and that we will protect them against political attacks,” she wrote.

The letter from Paxton declared that “The Texas Legislature has made it clear that when it comes to sex education, parents – not school districts – are in charge…By hosting ‘Pride Week,’ your district has, at best, undertaken a weeklong instructional effort in human sexuality without parental consent.”

“Or worse, your district is cynically pushing a week-long indoctrination of your students that not only fails to obtain parental consent, but subtly cuts parents out of the loop.”

Paxton then accused Elizalde of breaking state law and threatened that parents will be allowed to file complaints with the school board against her.

I want all our LGBTQIA+ students to know that we are proud of them and that we will protect them against political attacks. https://t.co/fNGiaoNM3q

James Stanford, a spokesperson for the school district, accused Paxton of using LGBTQ youth to “score political points” and said in no way was Pride Week cutting parents out.

“Never in a million years are we telling these kids not to tell things to their parents,” Stanford said.

In conjunction with the letter, Paxton wrote on Twitter, “Liberal school districts are aggressively pushing LGBTQ+ views on Texas Kids! All behind parents’ backs! This is immoral and illegal.”

He then referred to LGBTQ people as “sexual propagandists and predators” and demanded they be held “accountable.”

Liberal school districts are aggressively pushing LGBTQ+ views on Texas Kids! All behind parents’ backs! This is immoral and illegal.

I will work with and for parents to hold deceptive sexual propagandists and predators accountable. See my letter to @AustinISD ⬇️ https://t.co/WswUrVw0XT

Paxton has been devoted to using his role as Attorney General to attack LGBTQ youth and brand the supportive parents of trans children as child abusers.

In mid-February, Paxton issued a non-binding opinion stating that gender-affirming health care for transgender youth is a form of child abuse. The following week, Gov. Greg Abbott (R) sent a letter to the DFPS demanding that they investigate parents who provide gender-affirming medical care to their transgender children.

However, multiple studies have shown the benefits of providing transgender youth with access to affirming healthcare, including pubertal suppression and hormone therapy. Paxton’s opinion and Abbott’s subsequent order have been condemned by every major medical association since it flies in the face of established care guidelines for transgender children.

Republicans should have won Oscars last night. The show must have been rigged.