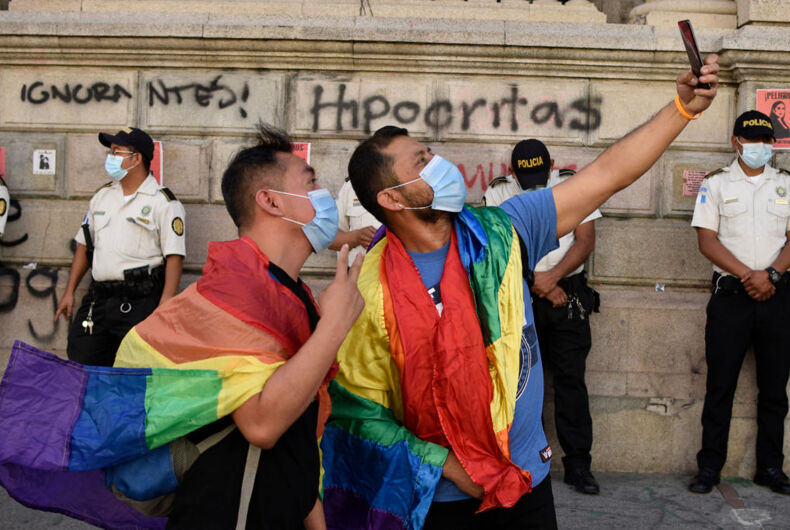 People protest for abortion and LGBTQ rights outside of the Guatemalan Congress in Guatemala City on March 15, 2022. - The Guatemalan Congress, controlled by conservative officialists, closed Tuesday a controversial law that contemplated tightening abortion penalties and prohibiting homosexual marriage, in the midst of complaints from human rights agencies and at the request of the president himself. (Photo by Orlando ESTRADA / AFP) (Photo by ORLANDO ESTRADA/AFP via Getty Images)Photo: AFP via Getty Images

Guatemala’s congress killed a bill that would have imposed a 10-year prison sentence on women who have an abortion.

The legislation would have also made same-sex marriage illegal, and would have added a host of other prohibitions in schools similar to Florida’s “Don’t Say Gay” bill that prohibits mentioning LGBTQ people to young students. Guatemala’s bill would have also made it illegal to teach that gays and lesbians are “normal.”

Citizens revolted at the idea, launching protests outside the congress, demanding conservatives shelve the measure.

After days of protest, the president announced he would veto the legislation. The move surprised human rights groups since it was his political allies that were pushing the bill.

Americans’ support for LGBTQ rights is higher than ever