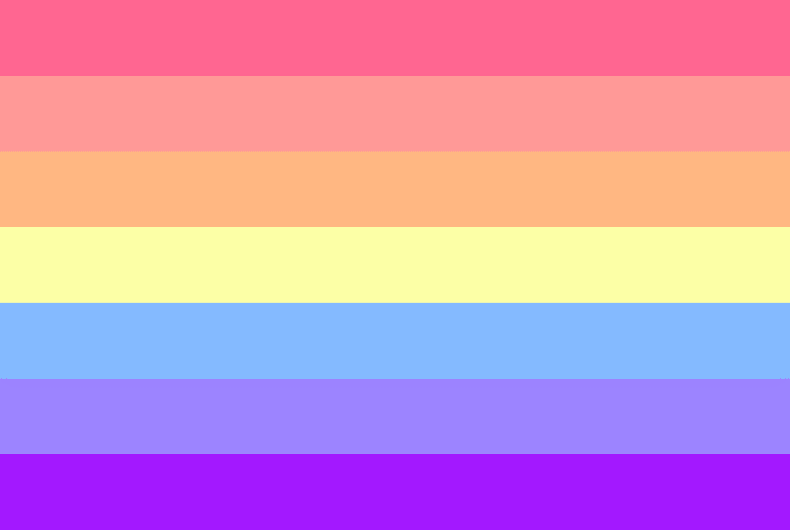 Xenogender is a term that describes someone who doesn’t feel like their gender identity fits into any of the traditional categories of male or female. If you’re curious about what xenogender means and want to learn more about it, keep reading!

Xenogender: Meaning and Origin of the Term

Xenogender is a term describing a type of nonbinary gender identity that doesn’t fall under the typical gender descriptors that we have.

People who identify as xenogender are best described through their relationship with other beings or concepts – things that don’t usually have anything to do with gender. Xenogenders often feel like they don’t fit into the typical gender categories or typical gender terms that we currently have, and that gender identity may even lie beyond the common human understandings of gender.

To thoroughly define xenogender, we must first talk about “lexical gaps”. These are words that do not exist in a particular language, though may exist in another. For example, in English, there is no word to describe the overwhelming feeling some people get when seeing something cute. But in Tagalog, that feeling is simply called “gigil”.

Xenogender identities are said to fill a “lexical gap” or the lack of words in the English language to define one’s particular experience with gender. Xenogenders fill these gaps by comparing their gender identities to certain concepts – pre-existing or imaginary. It should be noted that xenogenders don’t necessarily identify with specific objects, but use these things as metaphors to describe their relationship with gender.

Where Did The Term Originate?

The term can be traced back to Tumblr user Baaphomett, who first used the term in 2014. The term is a portmantaeu of the affix “xeno-”, which means alien, and the word “gender”.

Baaphomett has described xenogender as an identity that “is more concerned with crafting other methods of gender categorization and hierarchy such as those relating to animals, plants, or other creatures/things.”

According to some accounts, xenogenders are usually made by “neurodivergent” people (people who have autism, ADHD, and other disorders affecting cognitive functioning) as NDs tend to interpret the world in a way that is different from “neurotypical” people.

Xenogender Flag And Other Symbols

The first xenogender flag – designed by DeviantArt user Pastelmemer – contains the seven colors of the rainbow rendered in pastel, with the astronomical sign for the Iris asteroid in the center. There are several variations of the flag, with many using muted pride color schemes.

Other common elements include the yellow stripe in the middle – a color commonly associated with non-binary identity – and the color purple, which is said to represent androgyny.

There are dozens of different types of xenogenders out there, and the list keeps growing. As is the nature of the identity, those who identify as xenogender can create their own specific word and conception of their personal relationship with their gender identity.

But if you think you might identify as xenogender but don’t know what that would look like or how to start forming your own identity, perhaps this xenogender list will help.

These are people who see their gender as something profound and infinite.

This is a gender experience that is derived from a certain aesthetic.

This is an “interpretation of gender from a nonhuman perspective”, according to Tumblr user genderghoul. This can also be defined as a “foreign species” gender.

When you identify as caelgender, you identify with the elements of the cosmos. This includes the stars, sun, planets, and such.

This is one of the most popular types of xenogenders. People who are colorgender interpret gender with the use of colors, and hues.

These are people who identify with the supernatural, in particular demons.

This is an “ethereal gender” whose essence cannot be contained by human understandings.

For firegenders, gender is fluid and in a constant state of change, just like fire.

This identity goes beyond the limits of what we know. Some describe it as a gender identity that is grand and unknowable.

Gendervoids are people who identify with the void or emptiness. In a sense, gendervoid people can also be described as genderless.

This is an identity that can be compared to water – fluid and capable of taking on new forms.

This is a type of identity that consists of varying layers or slices.

People who identify as seagender identify with certain aspects of the sea, particularly its vastness and incomprehensibility.

Some describe this as a “magic gender”. Someone who identifies as witchgender perceives gender as a kind of magical experience or as something that is closely connected to witchcraft or magic.

For others, nonbinary gender identities are considered inherently magical. In pre-colonial times, many indigenous societies had high regard for nonbinary people and trans people, who often acted as spiritual conduits and shamans for the community. Thus, some young nonbinary people identify as witchgender to honor the nonbinary genders and their connection to magic and spirituality in the past.

Are xenogenders harmful to the LGBTQ+ community?

Some may argue that xenogenders take away the legitimacy of other gender identities and make a mockery out of trans and nonbinary genders. However, those who identify as xenogender will argue that that is not the case at all. Xenogender identities simply exist to give other people a way to describe their more complex gendered feelings.

What kinds of pronouns do xenogenders use?

Oftentimes, xenogenders will take on neopronouns, or alternative gender-neutral pronouns such as ze/zir/zirs, ey/em/eirs, xe/xem/xyrs, and the more popular they/them/theirs.

Other xenogenders use “nounself” pronouns, which are a subset of neopronouns that are derived from pre-existing words or themes. For example, faunagenders may use pronouns like “bun/buns/bunself” or “wol/wolf/wolfself”.

Do you have to be a neurodivergent or autistic person to identify as xenogender?

No, you don’t. Anyone can identify as xenogender if they feel like typical notions of gender cannot fully describe or represent their experience with their own gender.

Xenogender is a gender identity that cannot be accurately described by words. Different people have different conceptions of what it means to be xenogender, and have all sorts of ways to describe their particular relationship with gender.

The bottom line is that xenogenders often feel like they identify somewhere beyond or outside of the traditional gender binary. And while there isn’t a perfect definition for xenogender, it is a growing part of the LGBTQ community that we cannot ignore.