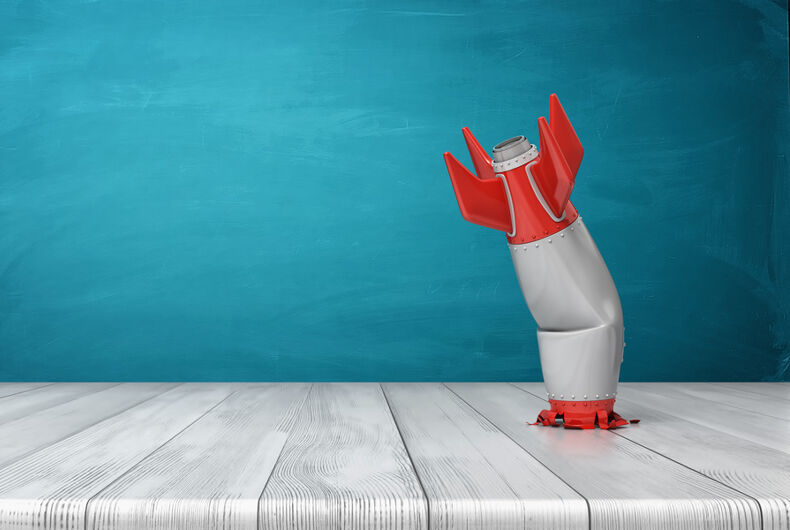 A few weeks ago, about 125 employees of the National Aeronautics and Space Administration’s (NASA) Goddard Space Flight Center (GSFC) in Maryland opted-in to a feature that let them add pronouns to their official ID screen names for virtual meetings.

The personal pronouns — displayed in worker directories, virtual chats and video calls — allowed transgender, gender non-conformist and allied employees to inform others of their identities. It saved LGBTQ colleagues the emotional burden of having to out themselves at every meeting.

But then, members of NASA’s LGBTQ Employee Resource Group received an email announcing that the ability to add pronouns would soon end, according to L-Psy-Kangaroo, a Reddit user who says they’re a NASA employee.

On Monday, officials from NASA Headquarters invited all GSFC employees to a surprise meeting titled “Use of IT Systems for Gender Pronouns.” At the meeting — which had a “no recording” rule — NASA officials said the pronoun-adding had been part of a temporary “pilot program” that was now over.

Officials said the program had been unable to determine the appropriateness of including pronouns in a professional context. Officials added that NASA “couldn’t spare any resources for this initiative,” L-Psy-Kangaroo said, and also said they needed a better understanding of the program’s “broader impacts” before restoring the ability.

The officials released no formal written explanation for the program’s cancellation, even though employees requested it.

“I’m so tired of businessmen and people with power trying to constantly rebrand transphobia as professionalism,” L-Psy-Kangaroo added.

Behind closed doors, one NASA employee told Slate that NASA officials “compared displaying pronouns to expressing public support for sports teams” and felt the pronouns made others “uncomfortable.”

“I talked to numerous colleagues/friends who did go to the meeting, and [they] are clearly very frustrated & disappointed at the decision,” NASA employee Dr. Amber Straughn wrote in a Twitter thread. “I am disappointed in this decision too.”

“I think the ideals of NASA are some of the best on the planet,” Straughn’s thread continued. “I think the Agency is making some good steps towards inclusivity – but let’s be honest, this is HARD work and there is LOTS of institutional inertia. LOTS.”

In a statement released yesterday, Steve Shih, NASA’s associate administrator for diversity and equal opportunity, said, “NASA is fully committed to supporting every employee’s right to be addressed by their correct name and pronouns… The learnings from this test will be used to inform the advancement of diversity, equity, inclusion, and accessibility.”

He noted that NASA employees can still “share their gender identities and show allyship to the LGBTQIA+ community” by adding pronouns to their own customized email signature blocks.

“NASA talks a lot about trying to bring the next generation into space science,” Chanda Prescod-Weinstein, a former GSFC fellow told Slate. “[Ending the pronoun pilot program] is exactly the opposite of what you do when you want the next generation to be excited about understanding space with you.”

On top of that, NASA’s soon-to-be-launched James Webb Space Telescope was named after NASA’s second-ever director. Webb served as undersecretary of the U.S. State Department during the “Lavender Scare” of the early 1950s. He and his department purged roughly 425 people from government positions under suspicion of being “homosexuals or sex perverts.”

Some people want to rename the satellite — comparing it to a Confederate monument or pointing out that some universities have renamed science buildings named after racist eugenicists — but so far, NASA hasn’t announced any such changes.

Though NASA’s Twitter bio reads, “There’s space for everybody,” these recent developments suggest there may not be, not at NASA anyway.