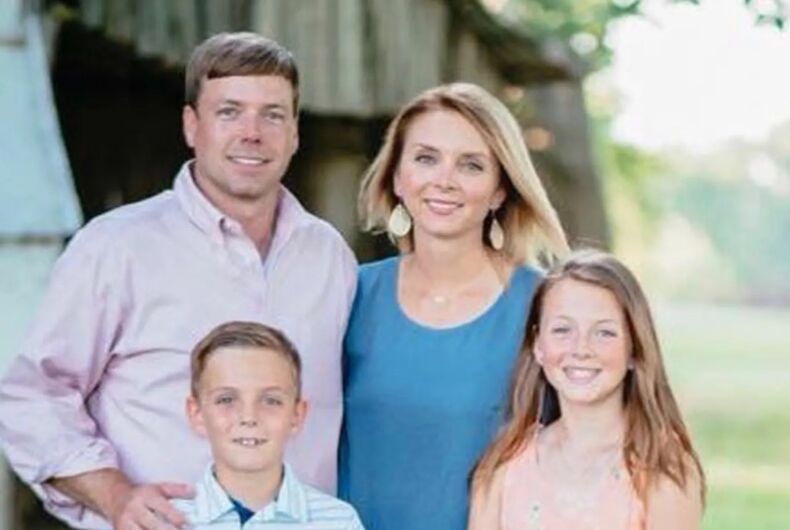 Republican Robert Foster, a former Mississippi state representative and failed gubernatorial candidate, is one of a kind – and that’s a good thing. Still, his Cedar Hill Farms is a frequent location for GOP fundraisers despite his lackluster results at the ballot box and his extremist positions.

Foster, who authored the state’s death penalty law, took to social media to proclaim that transgender people should be executed by firing squad. The law he wrote allows for the state to use the barbaric method too.

“Some of y’all still want to try and find political compromise with those that want to groom our school aged children and pretend men are women, etc,” Foster tweeted. “I think they need to be lined up against [a] wall before a firing squad to be sent to an early judgment.”

“I said what I said,” he followed up. “The law should be changed so that anyone trying to sexually groom children and/or advocating to put men pretending to be women in locker rooms and bathrooms with young women should receive the death penalty by firing squad.”

Spencer Ritchie, the former head of the state party, tweeted in response, “The fascist force is strong with this one.”

“Spineless establishment RINOs like you have conceded every fight with the Communists when you held power,” Foster replied. “Ya’ll ‘Conservatives’ haven’t actually conserved anything. Now the Godless have power and they are destroying our country. Soon we will have to deal with this directly.”

The tweets have since been deleted for violating Twitter’s rules.

During his gubernatorial campaign, Foster refused to allow female journalists to ride on his campaign bus as male journalists did. He won less than 18% of the primary vote when even Mississippi Republicans found him too extreme.

Celebrities said “GAY” at the Oscars & spoke out for queer youth