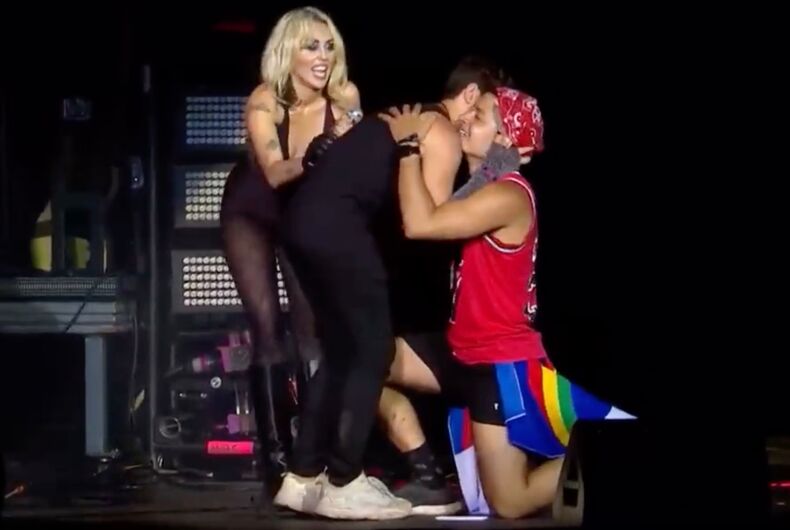 Miley Cyrus helped facilitate a gay proposal on stage during her recent performance at Lollapalooza Brazil.

Video shows the couple – who met at a Miley Cyrus seven years earlier – standing across from one another with Cyrus nearby, as one of the men declares his love for the other in Portuguese.

Related: Elton John said he was turned down from adopting a child in Ukraine because he’s gay

“Seven years ago was the last time she came to Brazil, one week later we started dating,” the man told his partner (and the crowd), according to a Pink News translation.

“I couldn’t handle not having you with me at this moment, we came together, got here at 9am, spent the whole day [backstage], and we will do this for the rest of our lives together because I want to know if you will marry me?”

Cyrus cheered and shouted excitedly before proclaiming, “Honey, I hope your marriage goes better than mine. Mine was a f**king disaster.”

Cyrus was married to Liam Hemsworth in 2018. They divorced shortly after.

A fan proposes to his boyfriend at Miley Cyrus’ show at Lollapalooza Brazil pic.twitter.com/0JKSMK3Mom