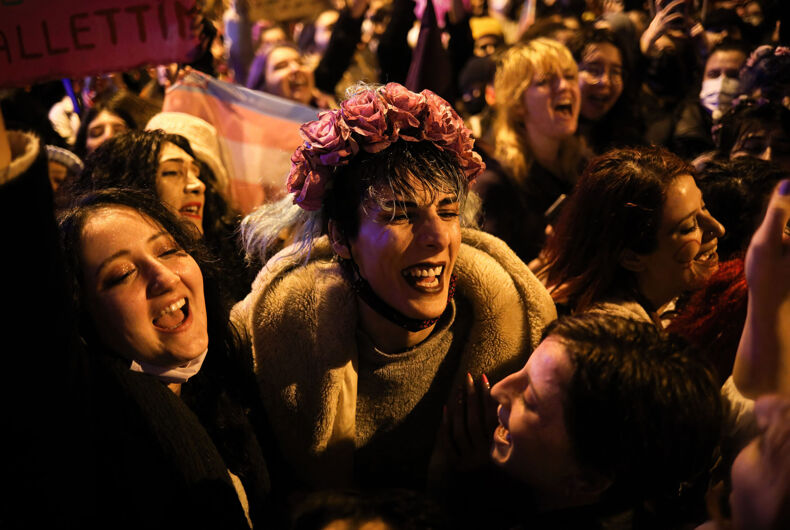 On International Women’s Day this week, demonstrations took place across Turkey to protest violence against women and LGBTQ people and urge the government to do more to protect these groups.

Last year, conservative Turkish President Recep Tayyip Erdogan withdrew from the Istanbul Convention – an agreement between 45 countries to better protect women from violence – after stating it was “hijacked by a group of people attempting to normalize homosexuality.”

Rates of femicide have been growing in Turkey, where hundreds of women are killed each year. At least 73 have been killed so far in 2022.

And while homosexuality is legal in Turkey, the country lacks anti-discrimination protections, and does not have marriage equality.

This photo depicts a trans protestor shouting during a demonstration in Ankara on Tuesday.