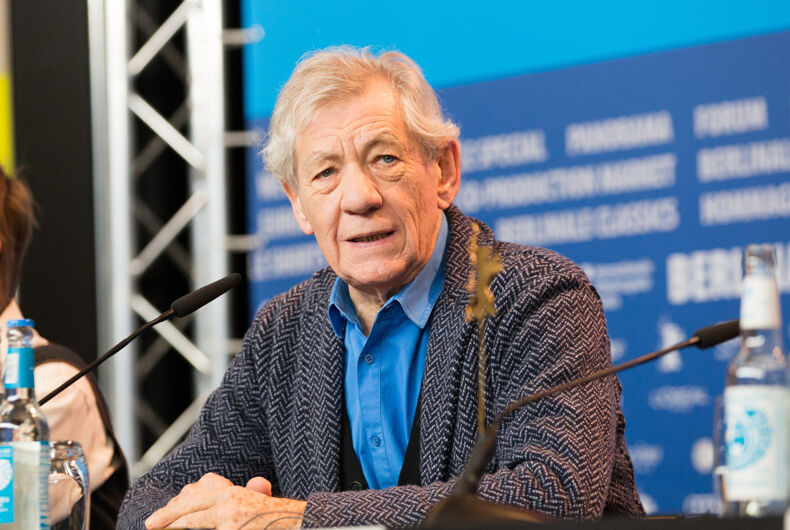 Out 82-year-old actor Ian McKellen recently revealed that he never got to come out to his father before his dad died.

McKellen shared his regret over the matter on the Thursday installment of the BBC Two program Amol Rajan Interviews. In their discussion, Rajan asked McKellen if he had had “the conversation you needed to have with your father Dennis before he died.” McKellen replied, “No, I didn’t talk about being gay.”

Related: Ian McKellen discusses drug use, coming out and surviving the HIV epidemic in a candid chat

McKellen said his father saw him perform in 1964 in the play A Scent of Flowers, McKellen’s debut role on London’s West End theatre district.

“He’d been to see me in my first show in the West End, I’m always glad of that,” McKellen said. “And three weeks later in a car crash, he’d died.”

Despite his father’s death, McKellen said, “The idea that he couldn’t have coped with the fact that his son was gay is inconceivable to me, even though I’m not aware that he had any gay friends or that he’d ever thought about it or that it had any impact on his life. Therefore, it might have come as some sort of surprise to him, but there would have been no moral judgment.”

Rajan said, “He would have loved you for who you are.”

McKellen said that his older sister accepted his homosexuality.

“When I came out to my sister, she said, ‘Oh I wish you’d told me years ago because I always wanted to talk to you about it.’”

McKellen—who has played numerous iconic roles including Gandalf the wizard in The Lord of the Rings and Magneto the metal-manipulating mutant in the X-Men series—has previously said that his life as a closeted gay man growing up in England during the 1940s and ’50s was “a terrible oppression.”

He has since become one of the most vibrantly out and vocal actors of our time.