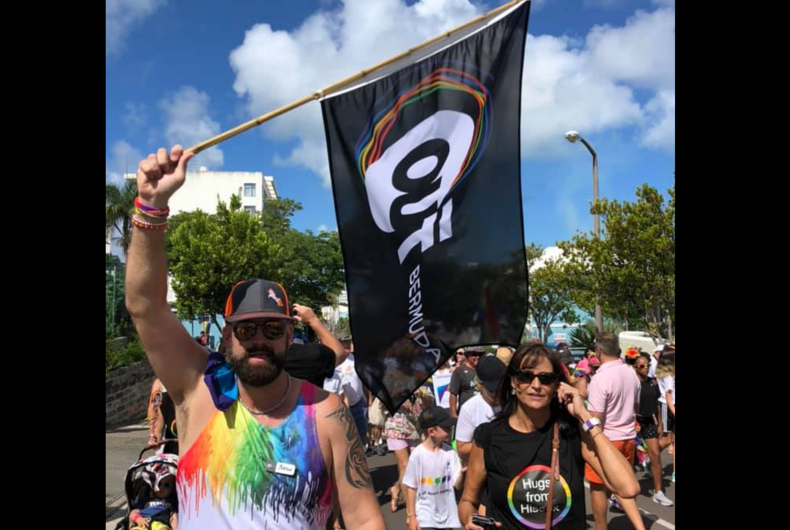 The right of same-sex couples to marry in Bermuda, which courts had upheld since 2017, was struck down by the country’s highest court of appeals. It is not yet clear how the ruling will impact same-sex couples who married in the nearly five years their unions were legally recognized.

The Bermuda government appealed lower court rulings in support of marriage equality to the United Kingdom’s Judicial Committee of the Privy Council, which ruled 4-1 in its favor.

The plaintiffs’ case was argued on three grounds: religiously motivated legislation, freedom of conscience, and discrimination according to creed. The Council found that the religious intent behind the marriage law was irrelevant, that the plaintiffs were free to enter into a non-legally-binding marriage, and that it is not discrimination unless it involves an entire system of beliefs.

The sole dissenting opinion came from Lord Sales, who wrote that the right to marry was implicit in the constitution and cannot be interpreted as limited to heterosexual couples. He argued that the Bermuda government’s refusal to recognize same-sex marriage “interferes with the ability of same-sex couples to act in accordance with their conscience and breaches the state’s duty of neutrality between different conscientious or religious beliefs.”

Plaintiffs expressed their disappointment while encouraging their community to stay strong.

“To my fellow LGBTQ+ Bermudians, I wish to say to you what I also need to hear at this moment,” lead co-plaintiff Roderick Ferguson said in a release from LGBTQ advocacy group OUTBermuda. “You matter. Your hurt matters. You deserve better than this. The Bermuda Government’s crusade against same-sex marriage was waged to convince you that there’s something shameful about your sexuality. Don’t believe that tired old lie.”

Ferguson went on to thank his fellow plaintiffs and their legal team, suggesting that the fight for marriage equality will continue in Bermuda.

“Our supporters often say ‘love wins.’ This time it didn’t. Still, love cannot win unless we show up for the fight, so thank you to OUTBermuda, my fellow plaintiffs, and our legal team, for the courage and passion you’ve shown. This loss doesn’t diminish how proud I am of what we’ve done together,” he said. “Finally, I’d like to take this moment to honor all people burdened with the grief of justice delayed and justice denied. Our work as a society is not done until everyone’s humanity is recognized both in law and in life.”

OUTBermuda Deputy Chair Zakiya Johnson Lord noted that the efforts have not been in vain. Despite the council’s reversal, public opinion in Bermuda is increasingly supportive of same-sex marriage rights.

“Our work will go on. Marriage was just one of many issues facing our LGBTQ+ community here on the island. OUTBermuda continues to advocate for equality, justice and dignity for all LGBTQ+ Bermudians,” he said.

Audience member storms out of musical Rent because they “didn’t realize it was about gays!”