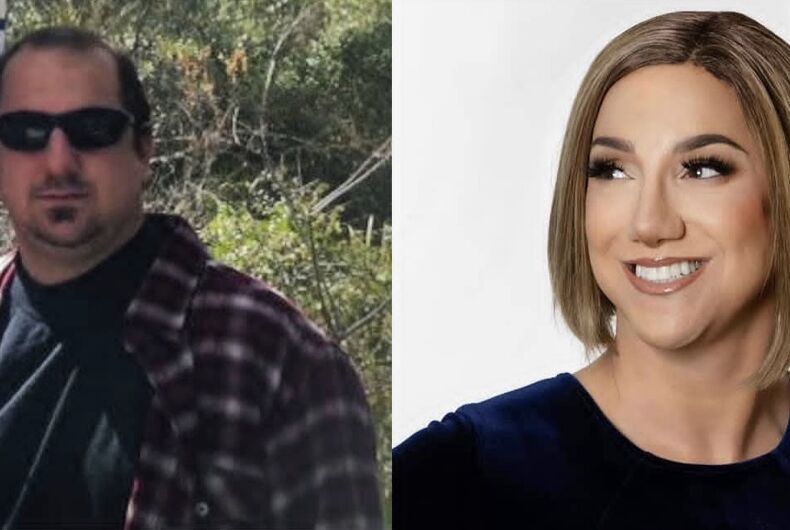 They told me to take it off. My hairpiece.

On a putrid-smelling and frigidly cold train car surrounded by five border guards and an interior ministry security official, I had two choices, take it off or be ejected from Ukraine.

Related: What does “fruity” mean? The origins of the term “fruit” to describe a gay man

It was less than 10 days after the Russian invasion began. Having already crossed from Poland onto Ukrainian soil, abandoning my coverage so quickly was a nonstarter. I removed my wig.

Four other media members witnessed this moment of intense humiliation and were also privy to the ensuing interrogation.

And why did this take place? Because of gender, bureaucracy and the need to place professional duty ahead of personal tribulation.

Let me introduce myself. I’m Sarah Ashton-Cirillo, a journalist, a parent, a 44-year-old female and a resident of Nevada. My state driver’s license confirms my name, age, and gender. Unfortunately. I can’t travel internationally using it.

For crossing borders, I have a valid US passport. Some of the info is out of date. Issued by the state department, it says my name is Michael John Cirillo and that I’m a male.

Oh, and after significant surgery and almost three years of hormones and hair regrowth, the photos don’t match up either.

I underwent my last physical transition-related procedure just weeks before COVID-19 hit the public consciousness. As such, international travel and updating my passport was the last thing on my mind. By the time my name change became official in March of 2021, I was traveling back and forth to Mexico for ongoing healthcare issues, and I didn’t want to risk sending out for a new one and waiting almost three months to get it back.

With once-a-month frequency, Michael appeared, an unwanted apparition whom I didn’t have time to vanquish fully.

Then came the war and a gender gauntlet I’d never conceived of facing, leading to an unfathomable outcome.

Before leaving US airspace, I went through several layers of panicked cajoling and tearful explanations to convince American Airlines to let me board the flight to Berlin, the ticket having been booked under my previous name. For American, the issue wasn’t the passport. Their concern was my Covid vaccination card was issued under my real name and not under the name shown on my flight reservation.

Eventually, the airline made the necessary notes, and I was issued my boarding passes.

Landing in London for a layover, the gate agents stopped me from passing until I showed them the Nevada court documents confirming my name change.

Two steps down meant Europe was in sight. Upon landing in Germany, the country’s customs agent deemed all my documents in order after a 15-minute confab. Into Berlin I went, ready to pick up my train to far-eastern Poland.

I spent a day and a half reporting on the refugee crisis from the Polish side. Then, I left with plans to enter a nation at war and under martial law, a transgender war correspondent with multiple pieces of mismatched government identification.

Reeking of rotting garbage and urine-soaked floors, the train I boarded was primarily used to ferry supplies and returning soldiers to the western Ukraine city of Lviv. Members of the media were ferried away from the other passengers and given our own area in which to sit. On a hard wooden bench, alone except for a handful of strangers, I came face to face with the question of who I was and what identity truly meant.

I’m a female legally, medically, and more importantly, in my soul and my mind.

My transition doesn’t define me; it is just an added aspect of who I happen to be. It is that mantra that allowed me to push forward, sidestep that initial moment of fear, and center on why I was more than 6,000 miles from home, attempting to report on a genocide taking place in a former soviet state.

The interior ministry agent was thorough.

After the wig request came a search of my Instagram and Facebook pages, along with a discussion over my before and after photos. Then an inspection of the Google search results centered around all derivatives of both names.

At the end, with nary a comment except to say I had an incredible plastic surgeon, the unnamed official took photos of everything related to my entry and waved me on.

I was in the country officially, but my gender journey didn’t end then.

Upon applying for press credentials from the Ukrainian Armed Forces, I submitted everything that the interior ministry already had copies of. With the heightened state of surveillance, security services called on me again in the following days. During that conversation, my transition barely registered.

In doing so I was granted access to any area of the nation I chose to visit, including the battlefronts. I was also given the benefit of being able to ignore curfew restrictions, and I didn’t need to show my passport at every checkpoint. These permissions came with a unique, albeit official, nod to my circumstances.

Ukraine understands a world where genders exist, where identity belongs to the individual and proved this by going out of their way to make space for me as a transgender reporter.

This episode clearly showed me, firsthand, why Putin is terrified of this incredibly strong, dynamic, and beautiful nation.

This episode also shows why Ukraine has already won.