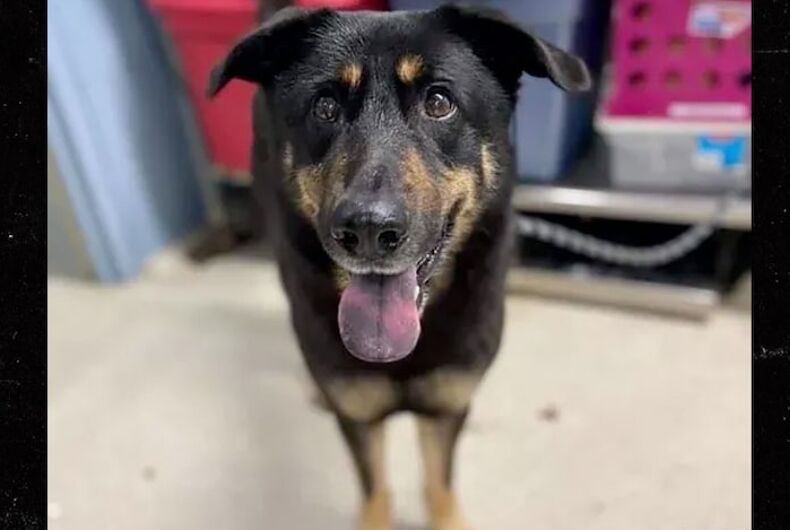 Fezco, the dog dropped off at a North Carolina animal shelter because his owners thought he was gay after he was seen humping another male dog, has new owners.

And they don’t care if he walks on the wild side every now and then. The pooch’s new forever family is a gay couple.

Related: Ever been to the gay rodeo?

Steve Nichols and his longtime partner John adopted the good boy and promptly helped him shed his traumatizing past with a new name: Oscar. The name is in honor of gay icon Oscar Wilde.

And they say that Oscar’s former owners weren’t just bigots, they were terrible pet companions. Oscar has heartworms, isn’t current on his medication and he hasn’t been neutered.

While the men nurse Oscar back to health, they’ll have assistance from the dog’s new roomie, Harry the chihuahua.

According to the American Society for the Prevention of Cruelty to Animals (ASPCA), both male and female dogs mount other dogs, people and objects. Sexual behaviors, including mounting and thrusting, are part of normal play behavior.