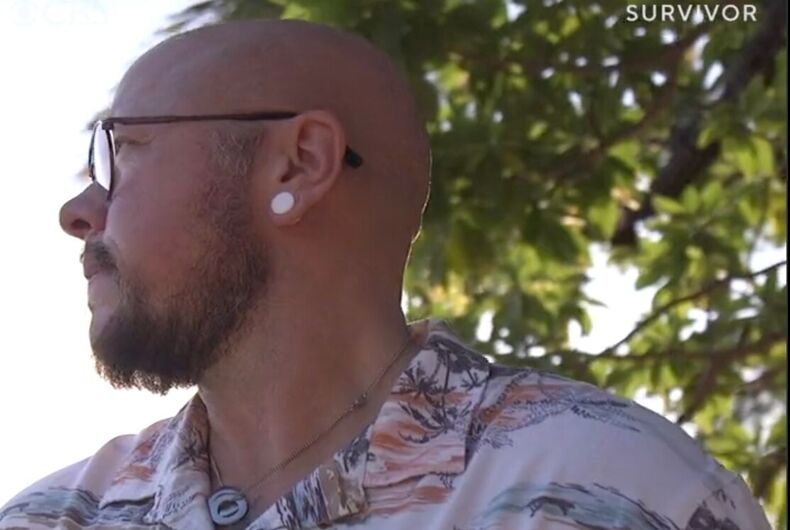 The first out trans Survivor contestant, Jackson Fox, was asked to leave season 42 of the show after only one episode after he failed to disclose pertinent medical information until the day before shooting began.

In the episode, the show’s host, Jeff Probst, visited the island to confront Fox over his recent revelation that he was taking lithium, which he began using to battle anxiety and sleep deprivation while taking care of his sick mother.

Meet Jackson, a healthcare worker who wants to play honorably but still hopes to be a part of a big blindside.🌟 #Survivor pic.twitter.com/EdGlcaTRBN

“So just to be clear, the only problem with this medication is it does have a reaction when you are stressed, not eating, dehydrated, not sleeping, physically demanding challenges, and that’s where our concern came,” Probst explained to Jackson. “The cumulative affect of the show would potentially have a very bad impact on you, we don’t want that, your safety is paramount. We can’t do it. We can’t.”

Jackson said he had not initially informed the show about his use of lithium because he had been trying to quit and was hoping to be weaned off of it by the time the show began. He also knew there was a stigma around it.

“The fear is everyone hears the word, lithium, and they go way back in time. And they’re like, ‘That was a huge drug back in the day.’ That was a scary drug to be on.”

But Jackson still had to leave, and he expressed gratitude for the time he did have.

On Instagram, Fox called his limited time on the show a “once in a lifetime experience” that “absolutely change my life.”

Trump announces that Y.M.C.A. is the gay national anthem. He finally told the truth.