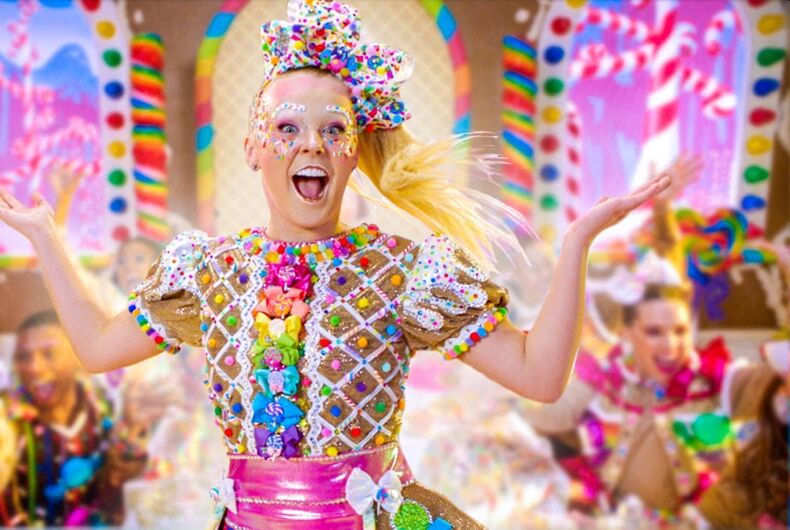 Siwa read the tweet onstage and replied, “I’m going to take their advice, and I’m not gonna say it. Instead, I’m gonna do something else.” She then delivered a stirring speech that left the crowd cheering.

Siwa, who was dressed in a glittering red, white and blue outfit stood up and grabbed a large rainbow flag that had an image of her smiling on it. She opened the flag and held it for the entire audience to see.

“Hi my name is JoJo, and I’ve shared over half of my life with the world. And being gay is a part of who I am,” Siwa said in her onstage speech, shared on TikTok by user Briana Spradley. “And one thing that I want to teach everybody is that being who you are is the most important thing ever.”

Siwa remains an influential entertainer with millions of fans. Her coming out arguably helped numerous young people, especially since her audience is very young and often comes from conservative backgrounds.

The 18-year-old performer has numerous hit songs, fills stadiums for her concerts, and has merchandizing deals with Target, Walmart, and JC Penney where her name and face are slapped on all sorts of products. Her pride in celebrating her individuality doesn’t just make her a standout among LGBTQ artists, but also a hero to young people still learning to take pride in themselves.