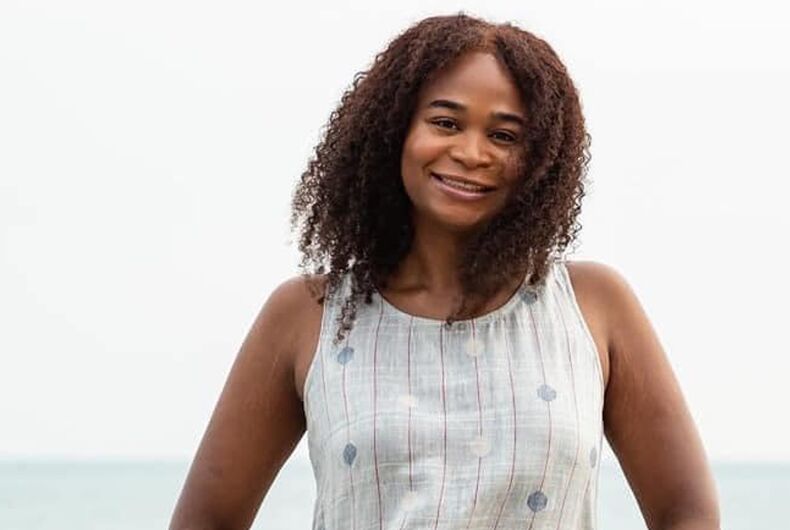 The family of missing Chicago transgender activist Elise Malary are calling on the public to help find her. The prominent community member was last heard from on March 9, when police say the 31-year-old resigned from her job in the Civil Rights Bureau of the Illinois Attorney General’s office via email.

“That was a rather shocking thing for me, because she loves her job so much,” Malary’s sister Fabiana told Block Club Chicago. “I’m very confused with what’s been going on and I’m still trying to put the pieces together to figure out where my sister is.”

“The front door was unlocked, and the back door was unlocked – and that is very, very unusual with my sister,” Fabiana told CBS News. “She’s always on top of her safety. She never plays about that.”

While police are still treating Malary’s disappearance as a missing person’s case, her sister Fabiana is concerned that someone could have gone after Elise because she is transgender.

“I know that some people might not necessarily like Elise for who she is and how she lives her life, and that is definitely a possibility there could be people out there that have something against her,” Fabiana said.

“Elise has been a good friend of mine and someone who has [been] a leader and advocate for the trans community. Her smile and energy lights up every room she is in,”  Vasquez said in a Facebook post. “We all want to see her back and safe at home.”

Chicago Alderwoman Maria Hadden is among those raising awareness about Malary’s disappearance, noting that she is part of Hadden’s Rogers Park community.

Elise Malary is an amazing advocate and person. She’s been missing for more than 2 days; her parents have filed a missing persons report with Evanston PD. She’s part of the RP community as well. Let’s help bring her home to safety. If you have any info, please call 773-991-8198. pic.twitter.com/sK6caTFMiq

In addition to her role at the Civil Rights Bureau, Malary is a board member for LGBTQ wellness nonprofit Chicago Therapy Collective. According to her LinkedIn, she previously held roles at Equality Illinois and the AIDS Foundation of Chicago.

The Collective posted a message to Malary on Facebook: “We love you dearly and just as you work tirelessly as a fierce advocate, board member, and friend, your community is here rallying around you, too.”

Malary is due to receive a Transgender Visibility Award for her contributions to the community on March 31 at the Chicago Trans Visibility Pageant organized by Life is Work.

Malary’s family has asked that anyone with information about her whereabouts contact the Evanston Police Detective Bureau at 847-866-5040.

How you can help LGBTQ Ukrainians right now