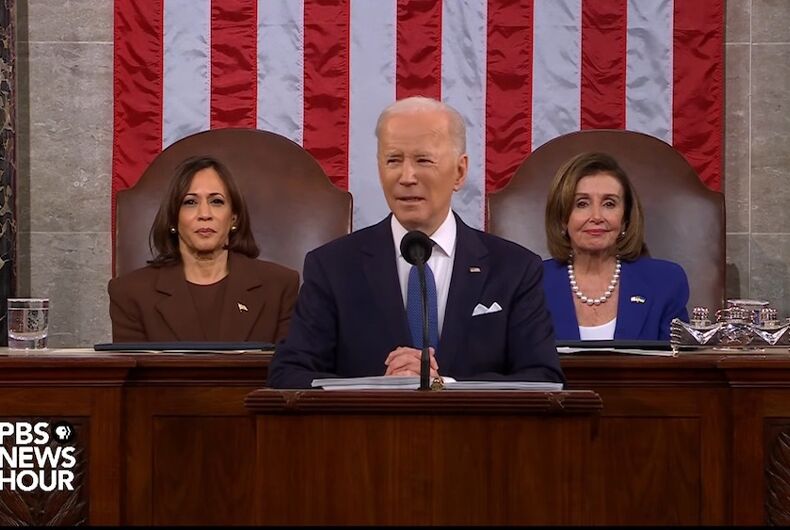 Joe Biden checked all those boxes on Tuesday, with the addition of a somber start acknowledging the war in Ukraine. Biden also hit the main issues that are driving down his popularity (and not helping Democrats’ odds in the midterms either), primarily inflation. He acknowledged the pain that rising prices are causing Americans.

The laundry list of proposals that Biden put forth is familiar. But the problem for Biden isn’t his ideas. Capping the price of prescription drugs and lowering the cost of child care are incredibly popular policy proposals.

The problem is the Senate. With just a single vote margin, Democrats can’t overcome the threat of a filibuster from Republicans, which effectively kills most legislation. It doesn’t help that a Democrat like out Arizona Sen. Kyrsten Sinema not only doesn’t want to eliminate the filibuster but is collecting big fat checks from pharma lobbyists opposed to Biden’s drug pricing proposal.

Nowhere is Biden’s powerlessness more apparent than in his call for the passage of the Equality Act, which would provide sweeping federal protections for LGBTQ people. Biden told Congress to get the bill “to my desk,” but that is never going to happen.

What Biden can do is use the bully pulpit of the presidency, and he did just that for trans youth targeted by vicious state laws.

“The onslaught of state laws targeting transgender Americans and their families is wrong,” Biden said. “As I said last year, especially to our younger transgender Americans, I will always have your back as your President, so you can be yourself and reach your God-given potential.”

The speech was an opportunity to remind the nation’s voters why Biden won the election in 2020. He can instill a sense of security and empathy that people were missing from the former guy. Rhetoric only goes so far, however. Biden’s accomplishments are at the mercy of a Republican minority determined to grind government to a halt, knowing that’s the way they can regain power.

Still, if you ever wondered what difference a presidential election makes, just look at tonight’s State of the Union address. In contrast to the display of presidential gravitas from Joe Biden, we could have had Donald Trump telling us what a genius Vladimir Putin is.

Jane Lynch isn’t sure Glee could be made today. It would be considered too offensive.