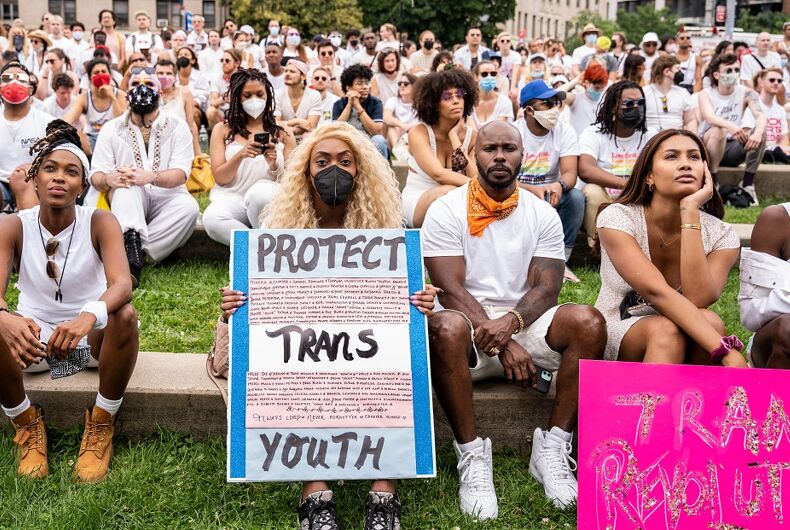 The first bill Republicans passed will prohibit transgender girls from participating in school sports, denying them an education equal to that which their cisgender peers receive. The state currently allows transgender girls to play on school teams if they meet certain requirements, and only 16 transgender student-athletes out of 170,000 high school athletes have gone through the process successfully, the Arizona Interscholastic Association said.

Related: Utah governor teared up as he explained why he won’t sign an anti-trans bill

“We’re talking about legislating bullying against children who are already struggling just to get by,” said state Rep. Kelli Butler (D).

“This bill is creating a pointless and harmful solution to a non-existent issue,” 13-year-old trans girl Skyler Morrison said as she testified against the bill last month. “It’s obvious this bill is just an excuse to discriminate against transgender girls.”

The other anti-transgender bill will ban doctors from performing gender affirming surgery for people under the age of 18, something that does not happen. Gender affirming care for children involves social transitioning – being allowed to dress as they want, using a name and pronouns that they’re comfortable with. Treatment for teenagers may involve medications.

The bill specifically says that doctors will be allowed to perform gender affirming surgery on intersex youth.

Opponents said that the bill is just another attack on transgender children.

“We’re talking about our kids, who are already going to be taking the proper steps with their parents to be able to be who they are,” said state Rep. Andres Cano (D).

Gov. Doug Ducey (R) has not yet said whether he will sign either of the transgender bills.

“Governor Ducey needs to veto these hateful bills; lives are in the balance,” said Lambda Legal Staff Attorney Kell Olson in a statement.

“Health care for transgender people and for people who become pregnant should be determined by medical providers and patients in line with best medical practices — not by politicians. And transgender youth should be allowed to participate in school activities with their peers.”